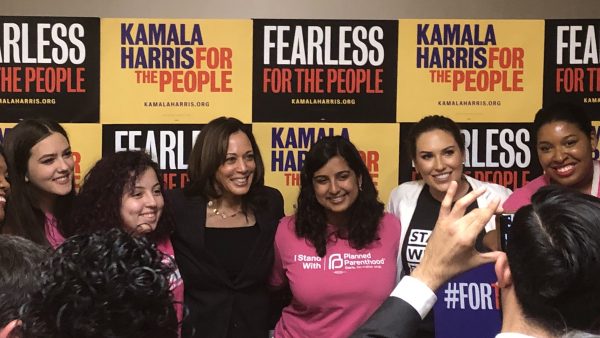 Sen. Kamala Harris poses with supporters during stop in Birmingham on Friday, June 7. She is campaigning for the Democratic nomination for president.

Alabama lawmakers recently passed one of the toughest anti-abortion bills in the country.  It outlaws nearly all abortions and does not include exceptions for rape or incest.  Harris is one of several Democratic presidential candidates who have criticized Alabama’s bill and similar measures passed in other states.

“This is a fight that’s not new. We have to be vigilant,” she said. “I applaud the leaders in Alabama who stood up to legislators who are denying women’s access to reproductive healthcare.”

Harris is the second Democratic presidential hopeful to visit Birmingham in recent months. Sen. Bernie Sanders, who is running both as an Independent for Senate and a Democrat for president, held a rally in Kelly Ingram Park in May.

Like Sanders, Harris took aim at the policies and practices of President Donald J. Trump. She referred to him as the “supposed Commander in Chief,” who takes the word of dictators over the U.S. intelligence agencies.  The senator from California ended her speech with a call for unity.

“The vast majority have so much more in common than what separates us,” Harris said.

She said Americans all want quality healthcare, a good education for their children and opportunities to support themselves.  She added they also want to live in a place where children don’t have go through active shooter drills in school.  The crowd attending the speech included several state Democrat leaders, including Sen. Linda Coleman-Madison who introduced Harris.

RealClear Politics’ average of the top national polls this week shows former Vice President Joe Biden in the lead and Sen. Sanders in second place, with Massachusetts Senator Elizabeth Warren, Sen. Harris and South Bend (IN) Mayor Pete Buttigieg all within a fraction of a percentage point of each other. 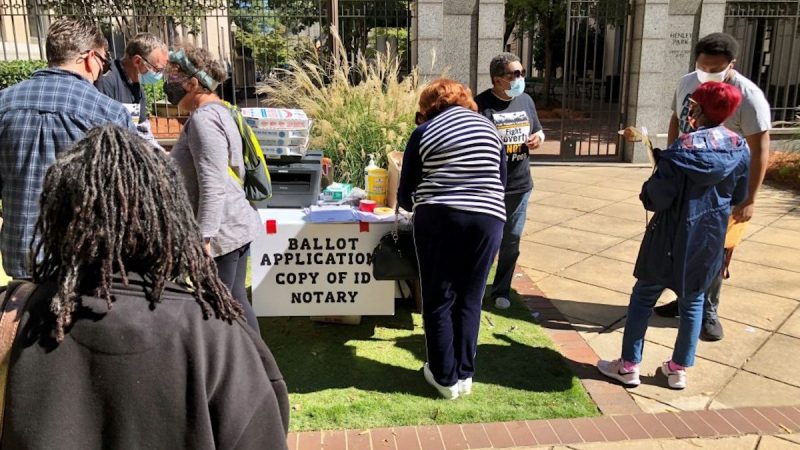 Today Is The Deadline To Apply To Vote By Absentee

Today, Thursday, Oct. 29, is the last day to apply for an absentee ballot.

Some Jeffco Absentee Ballots In Jeopardy After Court Rulings

Local election officials say they're doing what they can to ensure every vote counts.