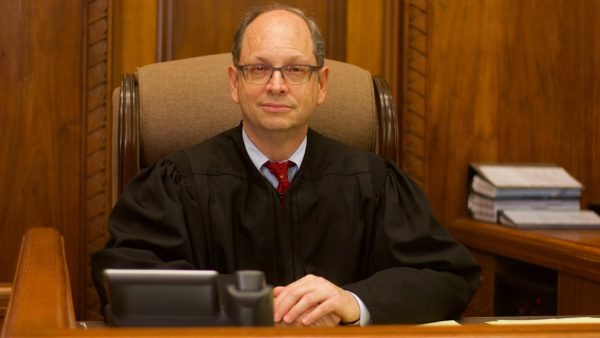 Judge Bob Vance has been a civil circuit judge in Jefferson County since 2002. This year he’s trying for a second time to become the head of Alabama’s court system. Vance is the Democratic nominee for Chief Justice of the Alabama Supreme Court. He faces current Supreme Court Associate Justice Republican Tom Parker in November. Vance spoke with WBHM’s Andrew Yeager.

“The problems that we’re talking about of course extend far beyond the courts … But I do think the courts play an important role in addressing the matter to the extent that we can build upon our existing efforts such as drug court and mental health court. And the data show that these efforts work. It’s just a matter of expanding where we can and focusing more and more on actually providing treatment rather than simply convicting and incarcerating people.”

“That funding level has been basically flat while the demands on it have grown. I make clear to folks on the campaign trail I have no magic wand. All I can do is make clear my commitment as chief justice to work with the legislature, roll my sleeves up, and really get at the hard process of getting every dime we can for the courts to make sure we can do whatever is possible in dealing with these kinds of issues.”

Partisanship and the courts:

“Yes, we have to run on a partisan basis but once we judges step into the courthouse, politics has no place … I’ve worked with judges Democrat and Republican. And I’ve got good friends in both parties. There’s never been a whiff of problem or trouble arising out of partisan politics. Not once.”

WBHM has invited Vance’s Republican opponent, Justice Tom Parker, for an interview. His campaign has declined.