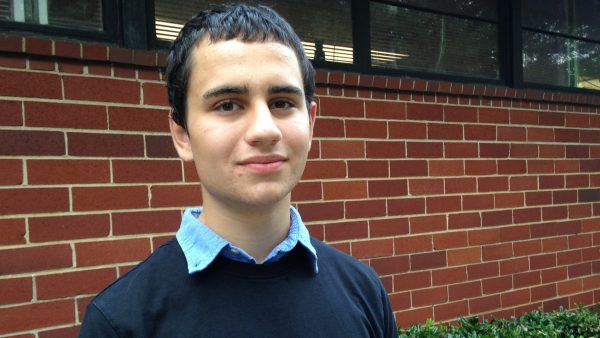 Students at the Alabama School of Fine Arts return to class Monday, and senior Daniel Blokh can honestly say he’s had an eventful summer.  Blokh was recently named a National Student Poet, one of only five selected from across the U.S. It’s awarded by the Institute of Museum and Library Services and the nonprofit Alliance for Young Artists and Writers and is among the nation’s highest honors for young poets. For the next year, Blokh will serve as a poetry ambassador through workshops, service projects and public readings. WBHM’s Andrew Yeager spoke with Blokh.

On hearing he won the award:

“I was at a writing camp and I got a call in the middle of class. I thought it was just some kind of spam call and I picked up and they were like we have some wonderful news. And I was like can I call you back in two hours? … It’s a big responsibility and a big award and I don’t know how much I feel I deserve it, but I’m happy to have gotten it.”

How being the son of immigrants affects his work:

“I think it’s a really, really complex experience because, on one hand, they’re Russian, Jewish immigrants and so they’re really happy to have come to America both because [of] financial opportunities and also because Russia was very anti-Semitic. But also they miss home. And also they’re always going to be, in a way, strangers here. And that’s an experience that I’m constantly reminded of and I’ve written it feels like a billion poems about and I could write a billion more about.”