Birmingham Poet uses a “House” to Explore her Personal Loss 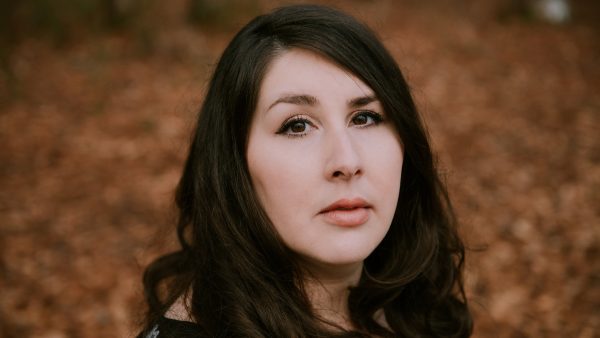 Five years ago, Birmingham poet Emma Bolden faced an excruciating decision. She was 33. She wasn’t married and had no children, but decades of health issues led her to consider a hysterectomy. That decision and her subsequent surgery became a theme for her latest collection of poems called “House is an Enigma.” She spoke to WBHM’s Andrew Yeager about the book.

How the idea of a house became a metaphor for her body:

“My doctors kept using this language of a house. They kept saying things like ‘we’re not sure that your body would be able to house a fetus. We’re not sure that you’ll be able to have a child because we don’t know if your body would be a good house for it.’ … As I was driving between doctors offices and my house I kept noticing this one house that just looked really, really angry itself. And I started thinking about how houses themselves must be pretty angry that we use them as metaphors for everything. I started to realize that house is me. That’s my body. And all of this is about how angry I felt about the fact that I was going through something that was so intense and not only could I not talk about it publicly but my doctors, who were the people who were supposed to be there guiding me through this decision, they wouldn’t even talk about it straight.”

Exploring the idea of losing the ability to have children:

“It’s a weird loss, right? Because it’s a loss that’s mourning something that never existed. I think that the way we deal with loss, particularly in this culture, is strange and not applicable to my situation at all because there’s kind of this idea that you’ll come to a point where you’ll accept this and you’ll get over it. You’ll be able to move on. There’s kind of a repetition in the book and in a way that was me cycling through my loss and my feelings of sadness and thinking, ‘ok, when I get to the end of this series, I’m going to finally accept it.’ Then I would get to the end of the series or the end of a certain time after I had surgery and be like, ‘yeah, no. Still not over it.’ So I think that one of the things that happened in the book is it gave me permission to keep mourning.”

What she wants readers to take away:

“I think I wanted to give language to the kinds of experiences that women rarely talk about and the kind of introspection that I think is necessary to, I suppose, find the life that you really want rather than the life that other people tell you you should want. Maybe there’s somebody out here that’s experiencing what I experienced and if they pick up this book they won’t have to go through it and feel as lonely as I did.”

Hear Bolden read and discuss her poem “Beyond Love.”