A New Chapter for S-Town Fans 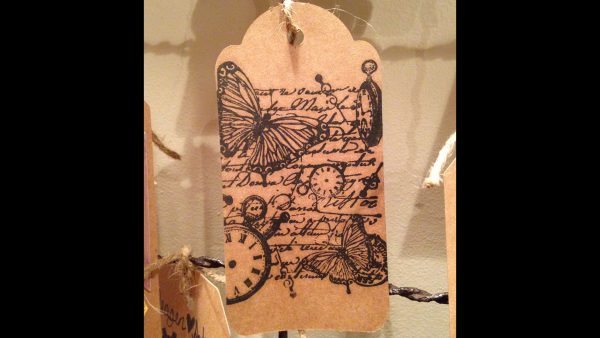 Saturday is the inaugural Woodstock Music Festival in Woodstock, Alabama, just southwest of Birmingham. The town shares its name with the iconic 1969 music festival. But it’s gained notoriety for a different reason.

It’s the setting for the popular podcast “S-Town.”

One resident has found ways for fans of the podcast to connect with the Alabama town, the fruits of which will be on display this weekend.

The past few weeks, Cheryl Dodson says looking through the mail is like Christmas. On a recent evening she opens an envelope from London. Inside is a decorative tag. It’s a brown rectangle with two corners cut off, like you might see tied to a fancy gift. On this tag, the sender has drawn clocks.

“Your story stuck with me John B. McLemore,” Dodson reads from the note. “Miss you and wish you could have stay to continue it. Sending love. Nelly in Hackney, London.”

John B. McLemore is the eccentric central character of S-Town. And spoiler alert: he commits suicide. The podcast was widely acclaimed but left some resident unsettled. After all, the name, S-Town, is taken from McLemore’s vulgar nickname for Woodstock.

Dodson says some people in town still won’t listen to it because of the name. And it was tough in the weeks after the podcast came out.

“You really felt under the microscope and you didn’t know what people thought,” says Dodson.

Dodson is married to Woodstock’s mayor and she makes a brief appearance in the podcast. She says people who were touched by McLemore’s story began reaching out to her and her husband. A seven-part podcast wasn’t enough.

“I think everybody was starving for chapter eight,” says Dodson. “The things we’ve done has allowed fans to interact with us.”

One of those things is this tag project. Dodson developed it with an S-Town fan who was an art teacher. She promoted it on social media. She also sent tags to those who contacted her. The idea being that people inspired by the podcast would decorate the tags and send them back. Each tag she received is then tied to a gate that will be on display at the music festival.

But this is more than an art project for Cheryl Dodson. It’s part of an effort to raise awareness of depression and suicide. She points out Alabama and Bibb County, where Woodstock is, have suicide rates higher than the national average. She says it’s clear from the letters she’s received that the issue touches many people.

“Oh, my mom is a John. Oh, I lost my brother. Oh, my friend is a John. He don’t admit it. Now that is always funny. Nobody admits they’re John, but they all admit they know a John,” says Dodson.

Dodson doesn’t want this to end with Saturday’s festival and hopes the gate can go on display in the library or town hall.

And she’s about to make good on another idea spawned by the podcast. She and John B. McLemore loved flowers. So “S-Town” fans have been mailing her wildflower seeds. When the weather’s right, Dodson intends to plant them around Woodstock.

Dodson tracks where she’s received wildflower seeds on a map.