“Neuroplasticity and Healing” — A Dialogue with the Dalai Lama

Birmingham is preparing for a visit this weekend from the Dalai Lama. The Tibetan leader will speak about religion and human rights. But the Buddhist figure will also indulge his personal interest of neuroscience. The Dalai Lama will participate in a talk with scientists Saturday at UAB.

It’s an invitation only event, but will be streamed live at 9 a.m. Click for more information and to access the stream.

The talk is titled “Neuroplasticity and Healing,” and that’s become the story of Michael Bernstein’s life. He’s an ophthalmologist in Hoover.

One day 13 years ago, he noticed his upper lip was drooping. Then weakness in his left leg. His wife took him to the hospital.

“They called a neurologist and I really don’t remember much about the emergency room,” said Bernstein.

Bernstein had suffered a stroke leaving his left arm and leg paralyzed.

Physical therapy helped some, but after three months his neurologist suggested he talk with UAB Psychology Professor Edward Taub.

Taub developed Constraint-Induced Movement therapy. So therapists put Michael Bernstein’s good arm in a glove keeping it from moving. He was then forced to use his injured arm. First, for small tasks, then gradually moved to more complex tasks.

“My wife took me out to dinner,” Bernstein said. “I had Chinese wonton soup all over me just from trying to get the spoon in the soup bowl and then the soup to my mouth.”

Bernstein said the therapy was challenging but effective. He could walk unassisted and even played tennis again.

Michael Bernstein’s recovery demonstrates neuroplasticity — the ability of the brain to rewire itself. It’s a change to what scientists thought about the brain a generation ago. Professor Taub says doctors used to think once you were an adult your brain was formed. And there wasn’t much hope if you suffered a stroke or brain injury.

“You could get a spontaneous recovery of function for about a year,” said Taub. “But after a year, there was nothing you could do.”

Taub says his therapy undermines that. He’s treated a 55 year old who had a stroke at age 5. He’s treated people in their 90s. Even at that age, the brain still changes.

Taub will be participating in the neuroplasticity talk with the Dalai Lama, which makes you wonder, why does the Dalai Lama care about the brain?

Part of it is his long-running interest in neuroscience. But neuroplasticity also intersects with Buddhism.

Birmingham Shambhala Meditation Center director Tonya Veitch says the goal of the mindfulness meditation practiced here is to give your brain a break. She’s been doing it for decades and it’s had an effect.

“Honestly, I can give you phone numbers of my friends from 20 years ago and they will tell you I’m almost a different person altogether,” Veitch said.

Veitch says she’s not as impulsive and is calmer. There’s good reason for that. When scientists studied people who practice Buddhist meditation, researchers found the parts of their brain dealing with emotion grew. UAB Psychologist Gitendra Uswatte says it’s similar to someone who plays the violin. The part of a violinist’s brain that controls the left hand, which does all the fancy finger work, is larger than the average person’s

“So if you undertake an activity and practice it intensively, the part of your brain that controls that function will develop and change,” said Uswatte.

Neuroplasticity is not simply about the brain’s ability to rewire itself, but to physically change as well.

Which brings us back to Michael Bernstein. A few years after his stroke he was listening to classical music on the radio. He studied piano as a child but hadn’t played for 40 years.

But Bernstein decided to pick it up again. He found a teacher. He practiced. And when his 60th birthday rolled around he sent out invitations to the party stating entertainment to be announced.

Bernstein and his rediscovered musical abilities would be the entertainment.

The man who had had stroke, who lost the use of his left hand, who hadn’t played the piano for 40 years was now giving an in-home concert. A story of rebirth, perfect for the Dalai Lama’s visit. 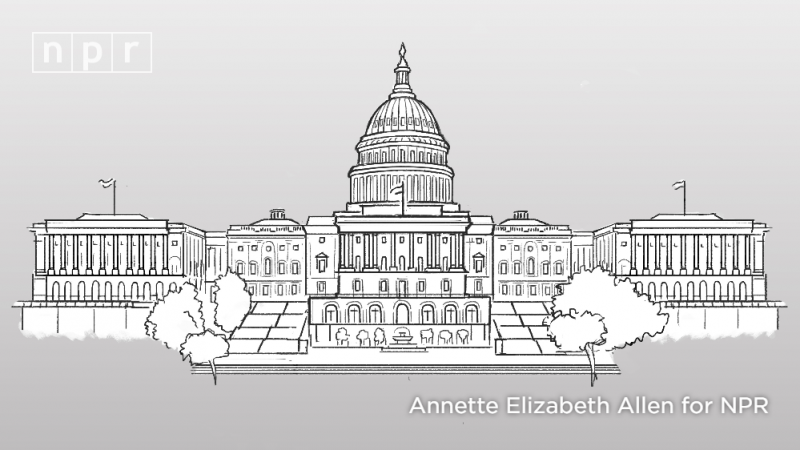 (Wednesday, April 28, 2021) President Biden is addressing a joint session of Congress on the eve of 100 days in office. Watch his remarks live. Live annotations, with fact-checking and analysis by NPR journalists, will be available below for both President Biden’s address and for the Republican Party’s response. EDITOR’S NOTE: (4/29/21) The link to […]