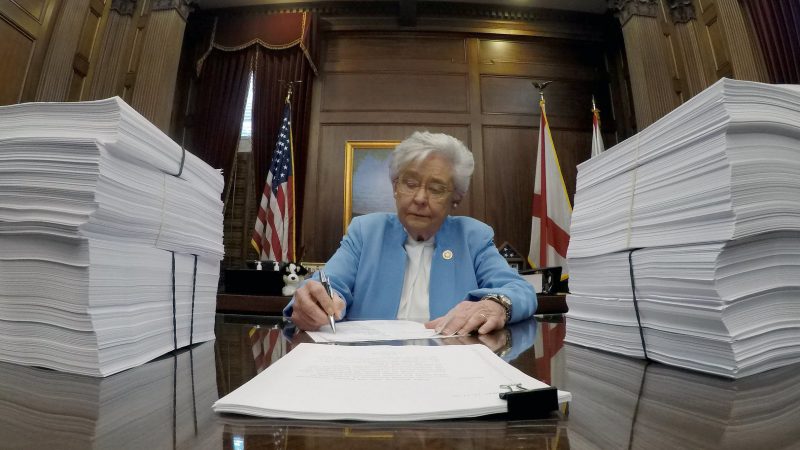 Under the agreements, CoreCivic will build two mega prisons in Elmore and Escambia counties and lease them to the state.

It is the latest development in the state’s plan to replace most existing male prisons with three regional correctional facilities that will each house from 3,000 to 4,000 men.

“I am pleased that we have reached this important milestone in the Alabama Prison Program, the cornerstone of a multifaceted strategy to address the ADOC’s long standing challenges and failing prison infrastructure,” Ivey said in a statement Monday.

The governor and Alabama Department of Corrections (ADOC) officials have been pushing for new prisons for years as part of their plan to improve conditions in state prisons.

Alabama’s correctional facilities are among the nation’s most overcrowded and violent, detailed in two reports by the U.S. Department of Justice, which recently filed a lawsuit against the state.

But many residents, including lawmakers and activists, have objected to the plan, frustrated with the lack of information released by the state.

In the town of Tallassee, Alan Parker lives less than a mile from where CoreCivic will build one of the new prisons.

“There’s been no input from the legislature or any hearings or any of that sort of thing on the matter,” Parker said. “And we just feel like the whole process has been, really, a joke.”

Because the state will lease the new buildings, the plan does not require legislative approval. State officials have released few financial details about the contracts, citing a period of confidential negotiations. Based on most recent estimates, the state will pay close to $3 billion dollars to lease the facilities over 30 years.

While private companies will own and maintain the buildings, ADOC will continue to operate and staff state prisons.

Prisons commissioner Jeff Dunn said current infrastructure is falling apart due to “decades of inaction and a lack of resources.”

“These facilities will provide a safer, more secure environment in which our heroic staff can better deliver effective, evidence-based rehabilitative programming to our inmate population,” Dunn said in a statement.

Many advocacy groups argue that the new mega prisons will not fix chronic overcrowding and violence in the state’s correctional facilities.

Construction on the two CoreCivic prisons is expected to begin this year to be completed in 2025.