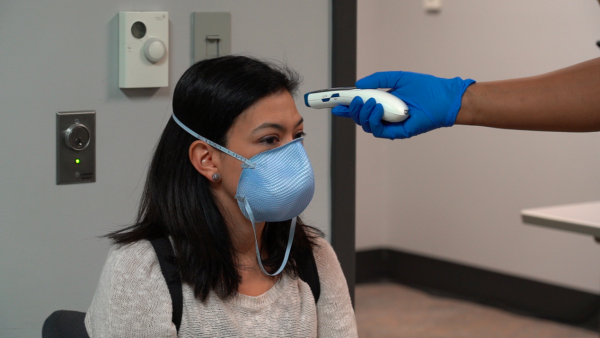 In the search for a drug treatment for COVID-19, prime interest has centered on Remdesivir, a compound produced by Gilead Sciences that has its roots in a National Institutes of Health-funded center based at UAB.

Demand for the therapy has been so high – even before proof of the drug’s effectiveness has emerged from clinical trials – that Gilead officials on Sunday halted further access to individual patients requesting it under the FDA’s “compassionate use” status.

That status allows a patient with a life-threatening or serious disease to gain access to a drug before it has completed the approval process.

UAB researcher Richard Whitley, who helped develop the drug and heads the Antiviral Drug Discovery and Development Center, said he understood that the pharmaceutical company, based in Foster City, California, would still grant use of Remdesivir through physician request even outside of a clinical trial.

The center uses federal and other backing to coordinate the activities of multiple entities across the country, including Gilead Sciences and Birmingham’s Southern Research, to find and push effective antiviral drugs to market through the U.S. Food and Drug Administration’s drug approval process.

Coronaviruses, which cause COVID-19, MERS, SARS and other diseases, have been one of the center’s priority interests and are now a prominent part of the intense international search for a cure for COVID-19. COVID-19 results from a specific coronavirus that is now termed SARS-CoV-2. See in Nature.

Initial results from three U.S. COVID-19 patients who were treated with Remdesivir outside of a clinical trial are not uniformly positive. However, more clarity may emerge from several randomized trials now underway. Two trials in China are scheduled to end as soon as next month.

The head of the World Health Organization’s COVID-19 mission in China last month tagged Remdesivir as the only antiviral therapy that “may have real efficacy.” It was recently touted as such by President Trump. However, Anthony S. Fauci, director of the NIH’s Institute of Allergy and Infectious Diseases, cautioned, “We do not have solid data to indicate it can improve clinical outcomes.”

Market analysts differ on the potential for Remdesivir. RBC Capital Markets stock analysts who looked at early data from the three U.S. patients first treated with Remdesivir “decided the (drug) ‘showed mixed results, at best,’” according to the subscription service STAT Plus. They told investors that reviews of clinical and virological data “raise concerns” about the treatment’s eventual effectiveness. They cited a side-effect profile that “may not be completely benign” and concluded, “we continue to see a less-than 50/50 possibility that the drug is ultimately proven effective.”

The RBC opinion was based on a study of the three patients by a Centers for Disease Control and Prevention team published on a preprint server, a method of publicly sharing the full draft of a research paper before it has been peer reviewed.

STAT reported this week that other stock analysts, however, are more optimistic after studying other data that “may improve the odds that … Gilead’s Remdesivir could prove effective in two phase 3 studies in China that are expected to read out in April.” One of the Chinese trials infused Remdesivir into patients who were seriously ill. The other enrolled patients with lesser symptoms. An apparent key to the drug’s success is that it must be delivered soon after infection, before a patient’s immune system responds and organ damage or other secondary complications occur.

UAB’s Whitley told STAT, “If you wait to treat someone until they’re in the ICU on a ventilator, it’s too late, (Remdesivir is) not going to do a darn thing.”

Data from the current clinical trials may give researchers and clinicians insight into how to tweak the therapy for better results. For example, dosage might be increased to ensure the intravenous drug can reach respiratory cells in the strength it needs to clear the infection from patients’ lungs. And more data might show the best time in the course of the disease to initiate the drug therapy.

Remdesivir showed promise against the SARS and MERS coronaviruses, and was included in a large clinical trial of the Ebola virus published last year. None of those efforts led to its approval, but the Ebola trial showed the drug was generally safe in humans. Its use in animal trials had shown it could inhibit the replication of MERS.

Gilead’s vice president of virology, Tomas Cihlar, told STAT that there can be “many failures on the path to an approved product. It would be wonderful if (Remdesivir) works, but it needs to be proven.”

The sudden spotlight on Remdesivir is an indication of UAB’s prominence in finding and pursuing new medicines. It also accents its relationship with Southern Research, the nonprofit research enterprise that adjoins the university on Birmingham’s south side. In 1999, the two scientific powerhouses joined forces, with SR becoming a legal affiliate of UAB.

In 2008, they tightened their relationship with the development of the Alabama Drug Development Alliance (AD3C), an investment that soon would pay off in a big way. That’s when lightning struck: In 2014, based on the success of the alliance’s model, UAB was awarded a $35 million NIH grant to establish the Antiviral Drug Discovery and Development Center, with SR as a major component. The center is now in its second five-year funding cycle.

Whitley said, “The development of AD3C was built upon the foundations of Alabama Drug Discovery Alliance, a collaborative team-based effort for drug discovery and development between UAB and Southern Research, as model program.” The consortium and public-private model was described in a paper authored by Whitley’s team in 2016.

Top intellectual talent at universities from across the country signed on to help create the AD3C. It’s termed a national research consortium focused on the discovery of new and better drug therapies to treat emerging or re-emerging viral infections that might threaten the world. The new center provided the infrastructure to speed up the drug development process.

Southern Research became a major partner of the center AD3C, heading up core areas that include high-

throughput drug screening and medicinal chemistry, to identify, characterize and optimize small molecule inhibitors of viral activity. High-throughput screening, a starting point for drug design, uses powerful computers so a researcher can quickly test large numbers of biological molecules or compounds to identify ones that show promise of activity against a particular virus, for example.

The successful combination of nonprofit academic and private research institutions with a commercial pharmaceutical company (Gilead Sciences) was a key to the center’s success, Whitley said.

At the center’s inception, Whitley said the viruses to be studied “are of the highest priority for the U.S. government. They represent both biologic threats and unmet medical needs.”

Whitley had dealt with several potential global viral threats before, working on HIV, SARS, MERS and Ebola. Notably, his expertise quickly rose to the top when the H1N1 influenza threat emerged, and he was appointed by President Barack Obama to a 14-member advisory panel to help prepare the country for an outbreak of that virus.

He led the early AD3C studies that showed Remdesivir might be effective against coronavirus. Collaborating labs at Vanderbilt University and the University of North Carolina at Chapel Hill began intense work with the support of Gilead Sciences to describe Remdesivir’s activity. Animal studies showed that the drug could stop coronaviruses from multiplying.

In December, shortly after a coronavirus was discovered to have infected humans in a seafood and wild animal market in China’s Wuhan Province, Remdesivir suddenly rose to the top of possible candidates to treat the resulting disease, COVID-19.

Remdesivir might never have emerged. Several years ago Whitley was on the verge of leaving UAB to become chairman of pediatrics at Stanford University – he said he was “about 75 percent gone.” UAB had lost a handful of its most prominent basic scientists to other institutions, and the loss of this preeminent figure would have set the university back considerably.

But in a development that plays large in UAB lore, the medical school dean flew to Chicago, where Whitley was on sabbatical, and over dinner offered him almost carte blanche funding to pursue his research interests.

Whitley accepted, and the university was able to keep one of its most valuable assets. The investment returned dividends many times over with the multimillion-dollar NIH award to establish the Antiviral Drug Discovery and Development Center.

UAB’s status as an international leader in research on viruses dates as far back as the 1970s, when Charles A. Alford, an infectious disease pediatrician, led clinical trials that confirmed the value of the world’s first antiviral treatment for herpesvirus infection. His work is acknowledged to have opened the current era of antiviral therapy for a variety of diseases.

Alford, who died in 2008, developed a broad river of researchers in the field that continues today. Among other successes, the researchers were responsible for crucial findings about cytomegalovirus, the most common congenital infection worldwide.

Whitley has made signal contributions in influenza research and leads the influenza project at the AD3C, in addition to being the principal investigator of the overall grant. Now a UAB Distinguished Professor, he is co-director of the Division of Pediatric Infectious Diseases and holds a lifetime achievement award from the Infectious Diseases Society of America. He is a past president of the society.

Southern Research has been involved in drug development for many decades. It was founded in 1941, predating UAB’s School of Medicine. The nonprofit institute now employs nearly 500 scientists and engineers working in the areas of drug discovery, drug development, engineering, and energy and environment.

Augmenting Birmingham’s reputation in the fight against the disease, a local molecular diagnostics company, BioGX, recently partnered with New Jersey-based Beckton, Dickinson and Co. to submit an emergency request to the U.S. Food and Drug Administration for a new diagnostic test that would increase the potential capacity to screen thousands of tests per day for COVID-19, according to a joint announcement on March 17.

BioGX developed the assay for Beckton, Dickinson, a global medical technology company. In a news release, the Birmingham firm’s CEO, Shazi Iqbal, said “Authorization to use our test would increase access across the U.S. to an automated, highly reliable (coronavirus) test.”