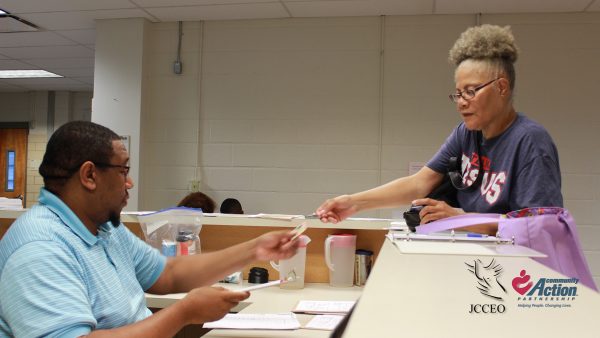 Since March, more than 300,000 Alabamians have received extra weekly payments of $600 through the federal CARES Act, enacted in response to the COVID-19 pandemic. That extra unemployment benefit ends this weekend, along with a moratorium on evictions from properties with federally-backed mortgages.

Hollis Johnson, director of community services for the Jefferson County Committee for Economic Opportunity (JCCEO), worries that without this financial assistance, many families will struggle to make ends meet. JCCEO has two programs to help residents cover utility bills or rent, and according to Johnson, demand has already increased significantly since the pandemic began.

“We’ve seen a huge influx of new people that have never seen us, have never had to access our services before,” Johnson said.

As Congress debates another stimulus package, many Alabama residents will now see their weekly unemployment checks drop to less than $300. Johnson said it is difficult to find a job right now, with some businesses still closed and others cutting back due to decreased demand, but families still have bills to pay.

Michelle Farley is also concerned. As executive director of One Roof, an agency that coordinates care for the homeless in central Alabama, Farley has seen a recent increase in the number of people experiencing homelessness.

“We are frankly terrified that those numbers are going to go up exponentially,” she said.

Farley said there was already a shortage of emergency shelters before the pandemic began and now, capacity is even more limited due to social distancing efforts. She said it is difficult to know what the next few months will look like, but she anticipates that evictions will increase significantly and many people will face homelessness, some for the first time.