Spend It All: JeffCo Commission Makes Sure to Leave No Cares Act Money On The Table 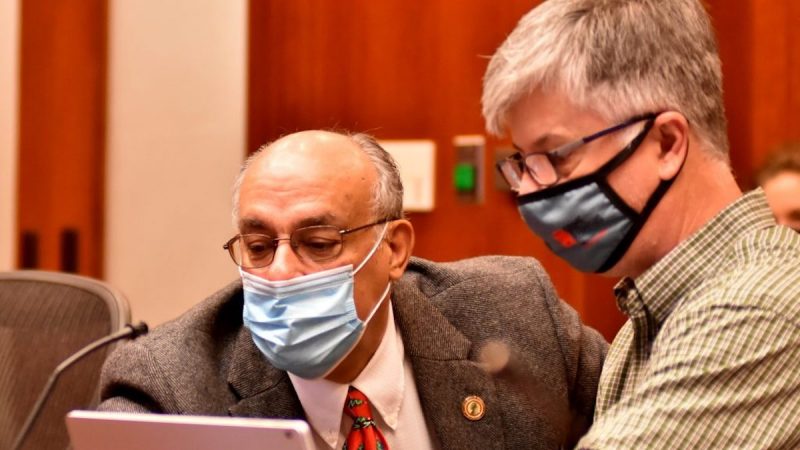 Jefferson County officials Tuesday took care to make sure all of the Cares Act money in their charge gets spent.

“We put out a lot of money in the Cares Act,” county manager Tony Petelos said. “We supported the health department, we supported public health, we supported all the cities in putting the funds out there and we supported our community in the feeding program and on the utility assistance and the mortgage assistance program.”

All of that spending on groups adversely affected during the pandemic is coming to an end soon because the Cares Act says that the money has to be spent by Dec. 30. During their committee meeting today, county commissioners sought to tie up any loose ends, since Thursday’s commission meeting is the last one before that deadline.

“What we had today is just cleaning up everything,” Petelos said, to make sure all of the money is spent by Dec. 30.

The county manager said some of the entities to which funds were allocated are not going to be able to spend the money. A resolution from Petelos allows those funds to flow back to the county for approved use.

Commissioners had a lengthy discussion about the possibility of allotting money to the Jefferson County Committee for Economic Opportunity and the Urban League for utility and mortgage assistance. Petelos said he expects his office to clear up any confusion on that matter before Thursday’s meeting.

“I think Commissioner (Jimmie) Stephens said it the best. We want to make sure that we have enough money in both of their pots or both of their entities or contractors so on December 30th, everyone that they can assist gets assisted,” Petelos said. “The bottom line is that we want to service as many folks as we can up to December 30th and that we have enough money in those two agencies to support them to get this done.”

Petelos praised his staff for its work in going through applications for the Cares Act funds. That process included consulting firm Witt O’Brien, which made sure each application met the guidelines set by the federal government.

In other action, commissioners were told about a cooperation between the state of Alabama and the county in resurfacing Minor Parkway from Birmingport Road to Crumley Chapel Road. Commissioner Joe Knight asked why the project would stop there and not extend north all the way to U.S. 78.

“That section is in a whole lot better shape where we replaced that bridge just in the last couple of years,” deputy county manager Cal Markert said. “That’s just in a lot better shape.”

Commissioner Lashunda Scales cited discussions with residents of Birmingham’s Sherman Heights Neighborhood concerning a closed road that used to run from Birmingport Road to a point on Minor Parkway. She said some in the area spoke about the road possibly being reopened.

“What was happening was people were trashing this area so we’ve closed it on both sides,” Petelos said. “If my memory serves me correctly, the community wanted us to (close the road) because it’s a stretch of road and there was a lot of trash and debris and they were the ones that wanted it closed. I think, also, there was some crime going on here and people were making their exit (using that road to reach the parkway).”