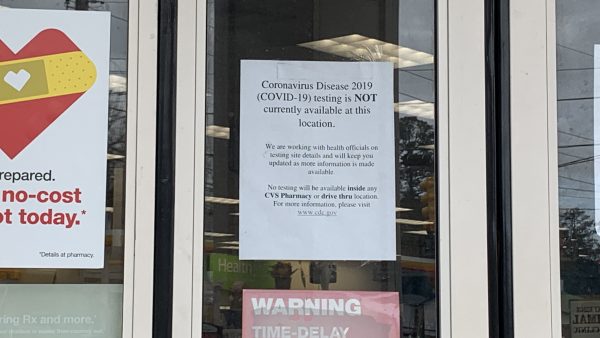 The Alabama Department of Public Health issued new recommendations Monday as the city of Birmingham and the Jefferson County Commission declared states of emergency.

As of Monday morning, 22 cases of COVID-19 were reported in Alabama with more than half confirmed in Jefferson County. A hospital employee in Lee County also tested positive for the virus.

State Health Officer Dr. Scott Harris cautioned everyone should avoid crowds of more than 50 people. This applies to local businesses, including restaurants, which are being asked to limit crowds to half their normal capacity. Harris asked that restaurants follow the Centers for Disease Control’s guidelines recommending six feet of space between tables.

The ADPH also recommended that senior adults and people with chronic health problems avoid gatherings of more than 10 people outside of close family. They should also avoid traveling, especially by train, plane or bus. They are one of the populations most susceptible to the new coronavirus.

Harris said ADPH is working with the Alabama Hospital Association and the Medical Association of the State of Alabama to identify new potential screening sites across the state. ADPH plans to announce the new locations Monday afternoon.

Birmingham Mayor Randall Woodfin declared a state of emergency Monday and asked that people limit gatherings around the city.

During an emergency meeting Monday, the Jefferson County Commission voted to close county facilities to the public through April 6, including county courthouses. In the meantime, the commission urged the public to use online services when possible.

Commission President Jimmie Stephens says the county is working with the local emergency management agency, the health department and state officials to plan for the coming weeks.

“Your county government will continue to operate and take care of your needs,” Stephens says. “We are in the process of reallocating our resources now to meet those needs.”

Hoover Mayor Frank Brocato said he anticipates a slowdown, particularly for some of the city’s small businesses. But he says the city’s flagship retail center, the Riverchase Galleria Mall, will remain open.

“The mall is not closed. It’s not going to close,” he said.

Brocato said the city is following guidelines issued by the CDC.

“We can’t practically shut the entire country down, so the only way we’re going to arrest this virus is to follow these guidelines,” he said.

The city has no plans to cut services.

“We are prepared to continue to deliver the services that we’ve always delivered,” Brocato said.

But effective immediately, the police department will discontinue what it calls “non-essential public services” such as criminal history checks and fingerprinting.

Brocato said city employees have been equipped with safety gear, and facilities are being cleaned regularly.

The city outlined some of the changes it will implement to avoid the spread of COVID-19.