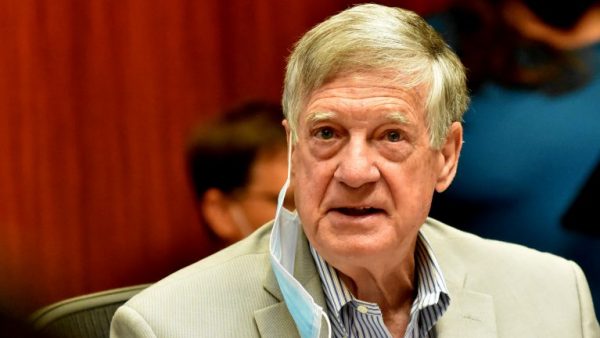 Jefferson County’s curfew is no more. Commissioners decided during their committee meeting Tuesday not to extend the order establishing the curfew, which was set to expire today.

A week ago, commissioners met in an emergency session to establish a daily curfew from 7 p.m. until 6 a.m. This was intended to thwart violent and destructive acts like those seen in downtown Birmingham on Sunday, May 31.

A peaceful demonstration gave way to looting in the wake of the police killing of George Floyd in Minneapolis. Birmingham and other area cities implemented curfews, which have ended or are set to end.

Commissioner Joe Knight offered a resolution to change wording in the 2020 budget, which allotted a $50,000 public service grant to Carver Theater. The resolution calls for the allocation to go to the Alabama Jazz Hall of Fame.

“It’s been an extremely positive response from our precincts to keep them in the fold and on pace for July 14th,” Stephenson said, referencing the party primary runoffs. “We’re working on July 14th and we’re also working on November 3rd … (and) we could have over 30 municipal elections in the county.”

In another election matter, Alexandria Stevens, an elections coordinator in the county probate office, presented resolutions seeking $10,600 apiece for absentee ballot staffing in the Birmingham and Bessemer divisions.

Stevens said that, generally, the departments would have had enough funds to cover the primary election and the primary runoff election. The pandemic caused a drain on those funds.

“Because the Secretary of State directed them to stay open while everything else was shutdown, that depleted the fund that would have been used for the primary runoff,” Stevens said. “Also, the contract doesn’t end until November 3. We also need additional funds to cover staffing all the way through the general election.”