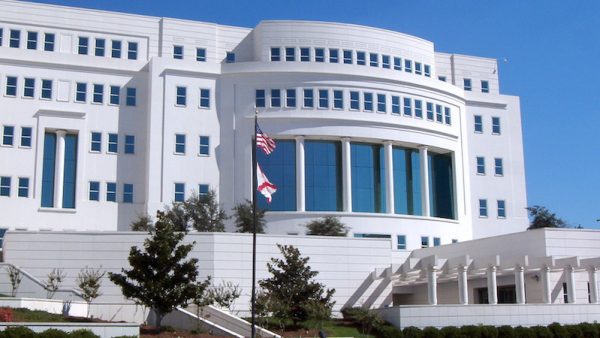 Late April will bring financial pain for state and local governments as businesses in Alabama begin submitting lower taxes because of the coronavirus.

With most restaurants, hotels and retail businesses either shut down or seeing little customer traffic, government officials expect a sharp decrease April 20 when they receive March sales and lodging taxes. The notable exceptions are sales taxes from grocery stores and online merchants.

The situation has become so dire that the Alabama Department of Revenue is offering relief to hotels that are unable to make timely payments on their February, March and April lodging taxes. The department will waive late fees through June 1. The state is giving similar help for sales taxes on a case-by-case basis for merchants whose sales are affected by the virus.

State Health Officer Dr. Scott Harris has issued orders shutting down non-essential businesses, including most retail stores, entertainment venues, athletic facilities and close-contact service providers. Jefferson County Health Officer Mark Wilson previously shut down non-essential businesses in an effort to help reduce the spread of the coronavirus in a county that leads the state in the number of cases.

Those orders come at a financial cost to both businesses and governments.

“We are in uncharted territory, an unprecedented time,” Birmingham Mayor Randall Woodfin told the City Council at a recent meeting. “This city is fiscally sound, but we need to prepare for the worst.”

The council, like governments at all levels across the state, is trying to forecast the effects of a pandemic whose momentum is building in Alabama. Officials are planning for a financial downturn they expect to last for months.

Sales, Lodging Taxes Remitted the 20th of Each Month

Businesses remit their sales and lodging taxes from one month on the 20th of the following month. This means the first effects of the coronavirus could hit April 20 because that’s when businesses will submit sales for March, which is when the virus began in earnest.

The city of Birmingham receives about 81% of its revenue from business-related taxes, Finance Director Lester Smith said. The top revenue-generating business taxes are sales taxes, which account for 31%; occupational taxes, 27%; and use taxes, 17%.

Smith recently told the council he has no idea how much in lost tax revenue the coronavirus will cost the city, but he is projecting 20% based on his conversations with financial experts and a look back at the 2008 subprime crisis.

Before the pandemic struck, the council decided to keep a 60-day reserve fund to help weather financial downturns.

Smith said the city needs about $75 million for two months of expenses, and it has about $92 million available in reserves.

He said it would be difficult to make cuts to the city budget without adversely affecting services because 68% of expenses is for personnel costs.

He also discussed upcoming council projects, which if undertaken and completed, will cost about $900,000. Those projects include parking expansion at Oxmoor Valley, a traffic light on Five Mile Road and a flight simulator.

Half of Jefferson County Budget is From Sales Taxes

Jefferson County is depending on sales taxes for half of its $216 million fiscal 2020 budget, according to Travis Hulsey, acting chief financial officer and director of revenue.

The county also collects about $20 million annually in lodging taxes, which it distributes to the Birmingham Jefferson Civic Center Authority and the Greater Birmingham Convention and Visitors Bureau.

“Each year, projected revenues are monitored on a monthly basis and considered for modification at the end of six months, nine months and all subsequent months remaining in the year,” Hulsey said.

“While we anticipate some potential adverse economic impacts, including short-term declines in sales and tax revenues resulting from the coronavirus and the uncertainty and volatility surrounding it, the magnitude of the budgetary stress will ultimately be determined by the duration of the virus,” Petelos said. “Jefferson County will implement proactive measures and utilize reserves to maintain our commitment to serve the citizens of Jefferson County to the best of our ability.”

Financial outlooks turned 180 degrees from what had been a thriving economy for the state of Alabama. The state Legislature has gone from expecting to adopt the largest budgets in history to possibly making cuts.

This comes after revenue for the state’s General Fund increased 8% in 2019 and the Education Trust Fund jumped 7%, according to the Public Affairs Research Council of Alabama.

The revenue included a 6% increase in sales taxes to $2 billion. Now, state officials are uncertain what to expect for 2020 and beyond.

“I think we’d need to wait as late as possible on the budgets to see how everything develops,” said Rep. Steve Clouse, R-Ozark.

The Montgomery Advertiser reported that legislative leaders don’t expect to make cuts in the 2020 budget, which ends Sept. 30.

According to PARCA, the state revenue that saw the largest percentage increase in 2019 was the Simplified Sellers Use Tax, which is paid on internet purchases. As more people have turned to online shopping, the state has tightened its requirement that businesses collect and remit the tax. The state received $70 million from online taxes in 2019.

The state’s commitment to collecting internet taxes accompanies online sales that have increased during the pandemic as people turn to home delivery to slow the spread of the coronavirus. Amazon recently announced it is hiring 100,000 additional workers to handle the increased demand.

Another modest bright spot may be taxes collected on sales at grocery stores. Grocery stores are having a difficult time keeping up with demand.

State leaders in recent years also have put more emphasis on building reserves for hard financial times. State Finance Director Kelly Butler told PARCA the 2019 General Fund budget ended with a $275 million surplus, which was available for future budgets. The Education Trust Fund has been building reserves under the Rolling Reserve Act to help cushion the blow when the economy falters.

Diminished business-tax revenues are not the only attack on state budgets. After years of low unemployment rates, the coronavirus is a two-punch assault on the state’s revenue and expenses. The mounting lost jobs means less income tax paid by employed workers to the state in 2020. At the same time, the state is seeing an increase in its expenditures for unemployment.

During the week ended March 20, preliminary unemployment claims jumped to about 9,300 from 1,400 the week before.

Unemployed workers can find more information and file a claim online at www.labor.alabama.gov.