Crowds Turn Out For Saturday Absentee Voting in Jeffco 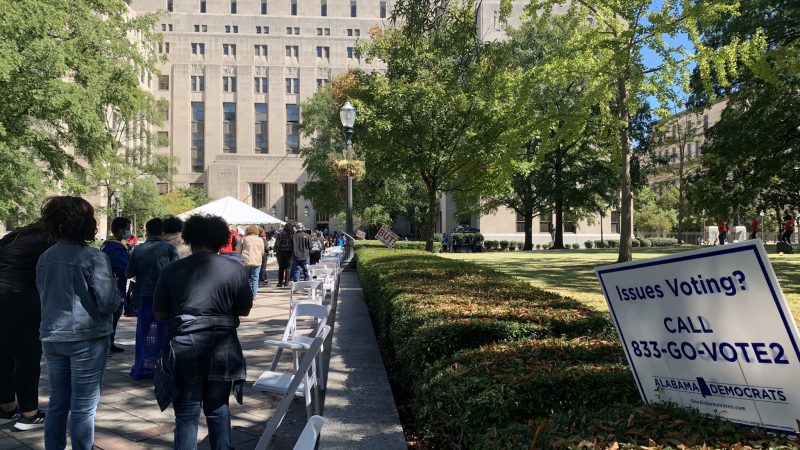 At 11:30 a.m., a line of several dozen absentee voters extended from a checkpoint in front of the courthouse to the heart of Linn Park. The Alabama Poor People’s Campaign, an advocacy group for low-income people, was among several groups manning tables with absentee ballot applications for voters to fill out before they got in the line. Volunteers also could make a photo ID in case a voter did not have one, which is required before they cast their ballot.

“At least one step will be done before prior to getting inside the courthouse,” said the Rev. Carolyn Foster, one of the chairs of the state Poor People’s Campaign.

Foster said her group arrived to set up its table at 8 a.m., an hour before the courthouse opened its doors for absentee voters, and the line of waiting voters “was already very long,” and “we have been busy ever since.”

The county has had a hard time keeping up with several hundred in-person absentee voters coming in daily and hundreds more pieces of voter mail per day over the last few weeks. The county commission on Friday voted to open the courthouse this Saturday and next to help ease the backlog.

“This is so exciting to see, this is a beautiful sight to see,” Foster said.