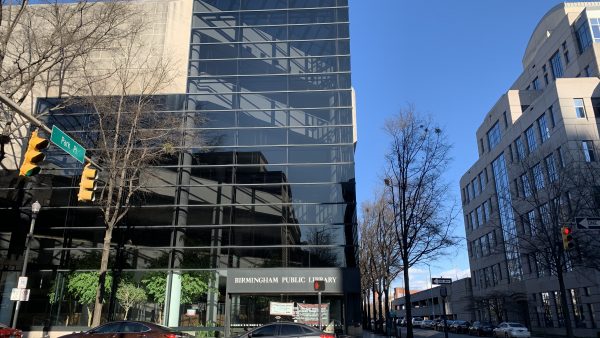 Are Birmingham Public Library employees being furloughed? It depends on whom you’re asking.

Most BPL employees have received letters from the city of Birmingham telling them they will be placed on unpaid leave starting Sept. 12.

“You should not report to work after this date until such time further notice is given that normal operations can resume,” reads the letter, signed by Mayor Randall Woodfin and city Human Resources Director Jill Madajczyk and dated Aug. 18.

Multiple BPL employees have confirmed that almost all of the BPL’s 230 staffers have received a furlough letter.

However, in a letter dated two days later, library board of trustees President Eunice Johnson Rogers told employees to disregard the furlough letter and continue going to work because the decision about furloughs is up to the board. She also told the Birmingham City Council Tuesday that no decision has been made to furlough employees. “To date, the BPL Board of Trustees has not closed any branches or furloughed any employees,” she said.

Woodfin’s proposed FY 2021 budget slashed the BPL’s budget from $15.36 million to $12.83 million — one of many austerity measures undertaken after COVID-19 put a significant dent in the city’s business tax revenue. The budget has to be approved by the City Council to take effect; Woodfin first presented his proposed budget to the council last week.

BPL employees wouldn’t be the only ones affected by the budget cuts; full-time employees at the Arlington House, the Birmingham Museum of Art, Boutwell Auditorium, CrossPlex, Parks and Recreation, Arlington House, Sloss Furnaces and the Southern Museum of Flight — all city-owned facilities that have been closed due to the pandemic — have also been placed on indefinite unpaid leave.

In her Aug. 20 letter sent to library employees, Rogers argued that furloughs were under the board’s purview.

At Tuesday’s council meeting, Rogers stressed that Birmingham Public Libraries have not closed, unlike other city facilities with furloughed employees, but instead have switched to providing remote services. “Although the doors have been closed to the public since March 16, the librarians are available online 24/7 to address citizens’ needs.” Library employees currently offer virtual reference services, homework help and curbside distribution, which put 5,780 items into circulation in July.

However, she noted, the board still has “very difficult decisions” ahead, and said it will “take a very hard look at streamlining operations and using its precious financial resources to (the BPL’s) fullest potential (to maintain) the integrity of the library system.”

In the meantime, she said, library employees should keep coming to work.

Rogers and representatives for Mayor Woodfin’s office did not immediately respond to requests for comment.