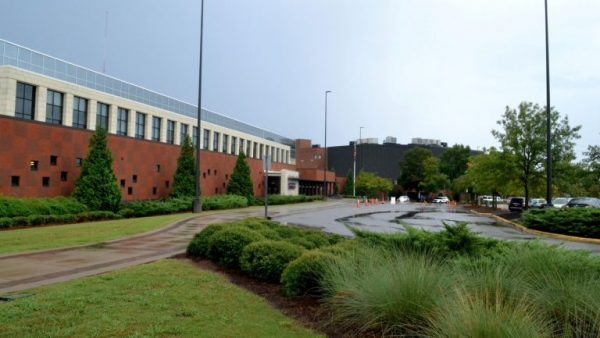 The Birmingham CrossPlex in the Five Points West is one of the most successful new sports venues in the metro area.

The Birmingham City Council voted Tuesday to reallocate money from a completed capital project at the Birmingham CrossPlex to citywide road repaving, rebuffing the protests of District 8 Councilor Steven Hoyt, who called the proposal “unfair.”

The $468,532.78 in question was left over from the construction of detention ponds, fountains, a walking trail and fencing at the CrossPlex; that money will be added to a $6.7 million repaving project the council approved in December. Last week, city engineer Mike Eddington told the council that the project was completed two years ago, and the money has sat untouched in that project’s fund since then.

Hoyt attempted to delay a vote on the reallocation by several weeks, arguing that funding should not be taken away from the still-developing CrossPlex.

“Ain’t nothing complete out there, and you all know that,” he said. “I don’t know the games that people are playing, but this is not fair … We’ve never done this with any other project that we’re working on.”

District 3 Councilor Valerie Abbott, who chairs the council’s budget and finance committee, said that the money had been allocated for one specific capital project and not the CrossPlex as a whole.

“Nobody wants money taken out of their district, but that’s not how it works,” she said. “When a project is completed, we take the money and move it to another project. We’ve been doing that ever since I’ve been on the council, which is 18 years. We’ve been doing it for a very long time.”

When Hoyt continued his argument, Council President William Parker warned him that he would not let the meeting become a repeat of last week’s bitter back-and-forth between Hoyt and Mayor Randall Woodfin.

“We’re not doing that this week,” he said.

“I’m not going to fight about this,” Hoyt replied, arguing that projects on the western side of Birmingham often receive less attention and funding than projects in the downtown area. “I’m just going to let the folk know what is transpiring, because this is not fair.”

Woodfin argued against a delay. “Man, look.  I think you all know that we’re not taking money from the CrossPlex,” he said. “That’s not how this works … There’s not anything to share with residents but to give them maybe some possible information that’s not true.”

Parker surveyed the other councilors to determine whether there was an “appetite” for a delay before deciding that there was not.

“This is not the last opportunity of resources that can come back to the CrossPlex,” he told Hoyt, and he vowed that he would make funding for the CrossPlex a priority.