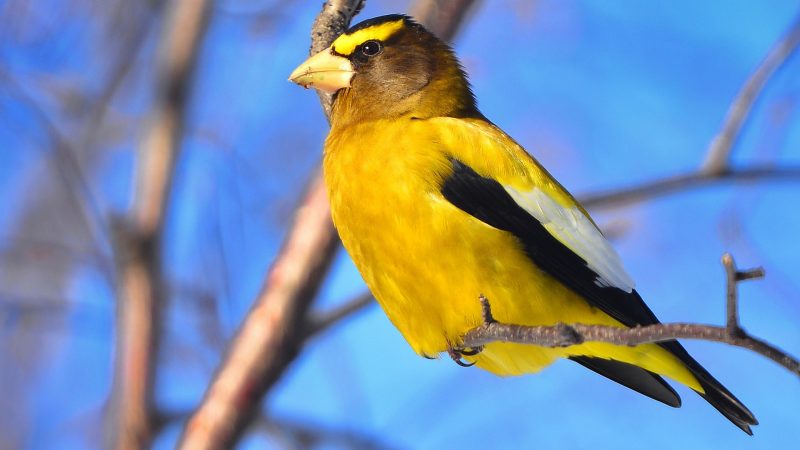 Birders have observed the evening grosbeak around Alabama this fall, much further south than normal. However, hard data on the bird's range will be limited as Alabama Aububon decided to cancel its annual Christmas bird count around Birmingham.

In normal years, it’s a winter tradition: a few dozen bird lovers spread out across the Birmingham area to count birds as part of the National Audubon Society’s annual Christmas Bird Count. But leaders with Alabama Audubon have canceled the event this year because of the coronavirus pandemic.

“As much as I would like for us to do the count, I just know it puts our membership at risk,” said Greg Harber, Alabama Audubon board member and count organizer.

The local tallies go into a national database that tracks bird populations. With the lack of new numbers this year, researchers fear they could miss out on important changes to bird species’ habitat and range. Harber spoke about the annual bird count with WBHM’s Andrew Yeager.

How does the count show habitat fluctuations from year-to-year?

That’s the beauty of doing these counts. It gives you a good sense if this is a typical year for them, or are we seeing more. So with the evening grosbeak as an example, when their food resources decline up in the boreal forests, that’s when they’re forced to move south.

We’ve just been through a federal census counting humans. One of the things census watchers said is that there are certain groups or demographics that are hard to count. When it comes to birds, are there certain species that are difficult to count?

Sure. The nocturnal species. If they’re not particularly vocal, they can obviously be difficult to count, primarily the owls. Others that can be a challenge are ones that typically might come to a feeder, but can be difficult to locate in the woods. There are just some species that are shy and retiring in nature so to speak.

What will you miss about not doing the count this year?

The thrill of doing the count and the chance to get together with everyone to swap stories at the compilation. That’s always great fun. If you see an unusual bird, it’s kind of nice just to be able to come in and say, “oh, you won’t believe what I saw.” Then you get to share in the joy of somebody else seeing something unusual.