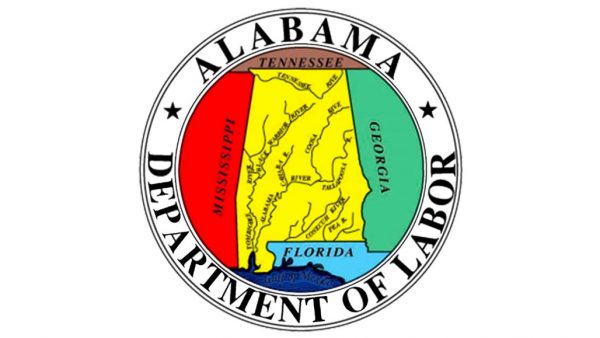 The Alabama Department of Labor is swamped with unemployment claims thanks to the coronavirus, processing about 90,000 initial unemployment claims in the last two weeks of March. Public health officials have closed many businesses in an attempt to slow the spread of COVID-19. That’s forced employers to furlough or layoff workers. On Monday, the department said it has paid $6 million in coronavirus-related claims.

Labor Department spokeswoman Tara Hutchison says it’s been slow going for filers both by phone and through the web, although she recommends filing online. She says they’ve been making changes almost daily to speed up the website.

“We’re just telling people ‘please be patient,’” Hutchison says. “We’re doing our very best to process these claims as quickly as we possibly can.”

She says it can take up to 21-days for payments to be issued. But payments are retroactive, so recipients won’t lose out on funds.

The labor department has beefed up staffing to handle the extra load. About 100 agency employees who would normally staff career centers across the state are now helping with claims. Hutchison says they are also considering contracting with an outside call center.

The big federal aid package passed by Congress last month, the CARES Act, contains three new unemployment benefit programs. She says the department is starting to receive guidance from Washington, D.C. on how to implement those provisions.

“Our staff is beginning to figure out exactly who will qualify for all those programs and then how do we process those claims,” Hutchison says. “Maybe most importantly how will we pay those claims.”

Alabama’s preliminary unemployment rate was 2.7% in February. While the March rate isn’t due for a couple of weeks, Hutchison doesn’t expect it to rise much. That’s because the unemployment survey is performed around the 12th day of the month. The economic effects of the coronavirus didn’t start hitting Alabama until the second half of March. April will likely look much different.

The state has about $700 million in its unemployment compensation fund. Hutchison says the federal government will fully reimburse many coronavirus-related claims. There are also loans available to states. She hopes that will be enough, but there are many unknowns.

“It depends on the duration of the crisis, how long people are going to be on benefits and how many people it ultimately impacts,” Hutchison says.