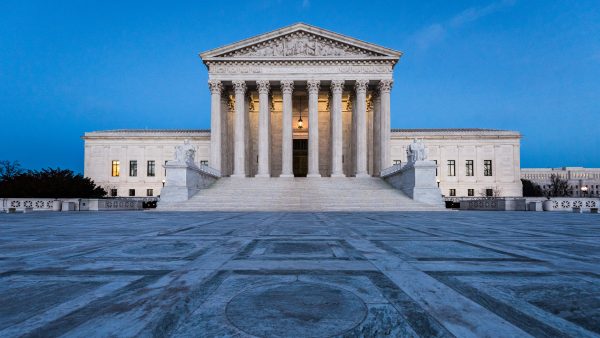 By Domenico Montanaro and Nina Totenberg

The U.S. Supreme Court ordered documents unsealed Monday in a death penalty case out of Alabama after a motion was filed by the Reporters Committee for Freedom of the Press and NPR.

The blacked-out information, a rarity for the Supreme Court, involves the drugs and protocol Alabama uses for executions.

The filings were redacted before the execution of convicted murderer Christopher Price earlier this month.

Price had wanted to be executed with nitrogen gas, which he contended would be less painful than death by lethal injection with the drug midazolam. Alabama ultimately used midazolam in his death.

The deletions were done at the insistence of the state of Alabama, the reporters committee noted. The Supreme Court has found itself mired in bitter debates about the death penalty, but it previously hasn’t hidden those disputes from the public.

“The state did not provide any explanation for its asserted need for secrecy,” the reporters committee noted. It added that Alabama only cited its need “to reference certain material … designated ‘confidential.’ Alabama has no legitimate interest that justifies sealing either its lethal injection protocol or expert evidence regarding the effects of midazolam.”

The reporters committee further noted that in even in the Pentagon Papers case in 1971 — a case in which the government claimed a national security interest in barring publication — the briefs were not redacted. They were available to the press and public, and oral arguments were conducted publicly, with only parts of the court appendix sealed.

Chief Justice John Roberts has touted the judiciary’s transparency previously. In 2018, for example, he called it, in fact, “the most transparent branch in government.”

The Supreme Court has long upheld the right of access to a wide range of judicial proceedings and records. The court has said the constitutional right of access “enhances the quality and safeguards the integrity of the fact-finding process” and allows “the public to participate in and serve as a check upon the judicial process — an essential component in our structure of self-government.”

The court has also said that court proceedings cannot be closed “unless specific, on-the-record findings are made demonstrating that closure is essential to preserve higher values” and that the closure is “narrowly tailored to serve that interest.”