Putting a Price Tag on a Fish Kill

An estimated 200,000 fish were killed along the Mulberry Fork last month, after a spill of partially-treated wastewater at a Tyson Foods chicken rendering plant.

At around 10:30 a.m. on a recent Monday in Walker County, Martha Salomaa parks her white pick-up truck, walks to the edge of a parking lot and points to the river below, the Mulberry Fork.

Salomaa is referring to the Tyson Foods Inc. chicken rendering plant. That’s where an estimated 220,000 gallons of partially-treated wastewater emptied into this section of the Black Warrior River on June 6th.

“So by June 10th, you could see hundreds of fish, like floating by, either dead or dying,” Salomaa says. 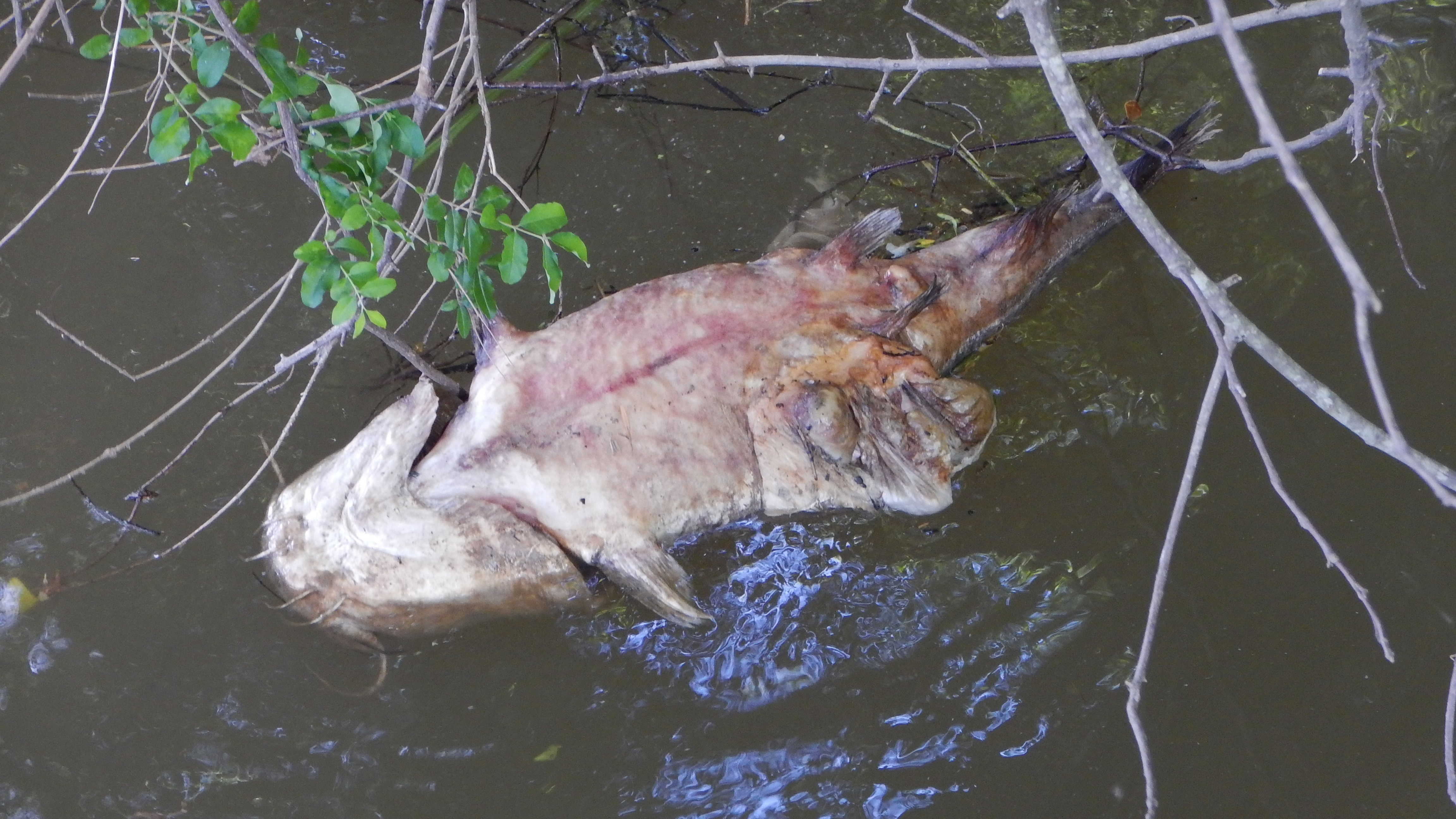 According to state officials, it was Alabama’s largest fish kill in recent years. And Salomaa, who is president of the Walker County conservation group Sipsey Heritage Commission (SHC), says the spill didn’t just kill fish, it contaminated the river with high levels of bacteria. In the days following the incident, SHC and the Black Warrior Riverkeeper found unsafe levels of E. coli almost 30 miles downstream from the site of the spill.

As a result, the Sipsey Heritage Commission canceled its annual kayak race, scheduled for mid-June, and Salomaa says residents avoided the water for several weeks.

“You know, like, this river is a way of life,” Salomaa says. “You can’t, you just cannot put a price on that.”

But state agencies are tasked with putting a price on it.

The Value of a Fish

The process starts with the Alabama Department of Conservation and Natural Resources (ADCNR). When a fish kill is reported, it sends biologists out to tally up the dead. They track the size and species of each fish. Nick Nichols, the department’s chief of freshwater fisheries, says his team counted about 200,000 dead fish after last month’s spill on the Mulberry Fork. But he stresses that’s a conservative estimate.

“It’s not humanly possible, especially on a kill of this magnitude, for two fisheries biologists to count every dead fish that’s visible,” Nichols says. 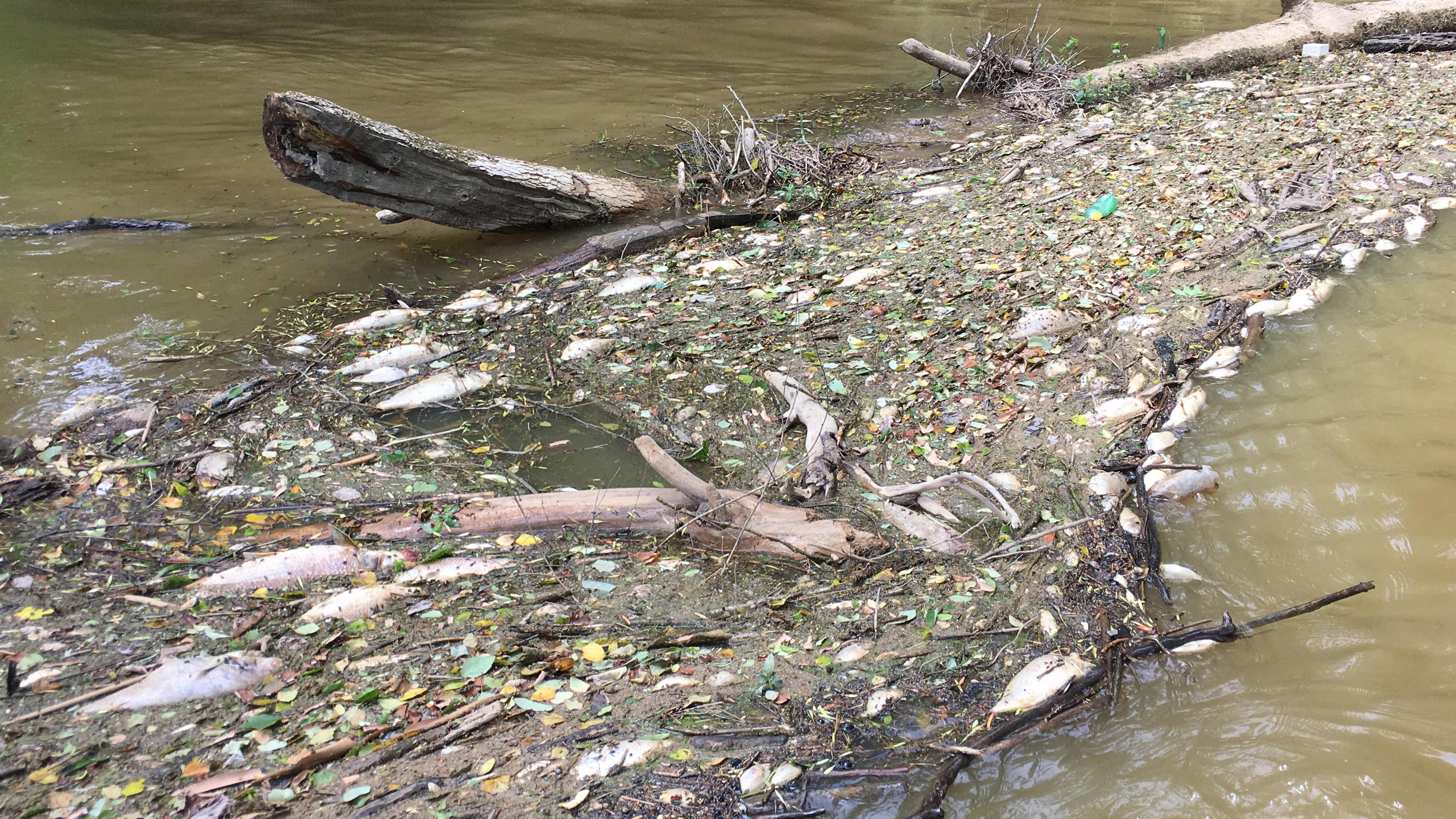 The fish that are counted are given a “replacement value,” which is determined by a publication of the American Fisheries Society. Each species has a different value, and typically, the bigger the fish, the higher the amount. A small gar, less than an inch long, is worth 50 cents, while a 12-inch gar would be worth $12.

If a company is found responsible for a fish kill, Nichols says it will likely be charged the cost to replace all the dead fish. But he says most of the species killed along the Mulberry Fork are not regularly produced in hatcheries, so they cannot easily be replaced.

“System’s going to have to basically self-regenerate overtime,” Nichols says. “I mean, there’s nothing we can go in and do for any amount of money that’s going to put that river back in the condition it was before the event occurred.”

The Alabama Department of Environmental Management (ADEM) is responsible for investigating the cause of a fish kill and it has the authority to charge civil administrative penalties against a polluter for violating a permit. In an email, officials with ADEM say these penalties are based on six factors, including the seriousness of a violation, a company’s history and the “economic benefit” a party might gain from a violation.

But critics like Black Warrior Riverkeeper Nelson Brooke say these penalties are typically a drop in the bucket — when they are imposed.

“So yeah I haven’t really seen that many fines,” Brooke says, “and the ones that I’ve seen haven’t been anywhere close to adequate to hold the polluter that caused it accountable.”

A few years ago, ADEM investigated a separate fish kill on the Mulberry Fork, caused by a spill of sulfuric acid at the same chicken rendering plant in Hanceville. It was owned by a different company at the time, American Proteins, and ADEM eventually fined it $50,000. But that penalty included several pollution-related violations.

Brooke says this time around, he wants to see a much larger penalty for Tyson Foods Inc., a company valued at almost $30 billion.

“They’re gonna have to get popped, like big time,” Brooke says, “way more than a couple hundred thousand dollars.”

But there is a limit. Under Alabama law, the maximum civil administrative penalty ADEM can issue is $250,000.

Bill Andreen, a law professor at the University of Alabama and legal advisor to the Alabama Rivers Alliance, says this cap is typical; the federal Environmental Protection Agency also has one. But Andreen says ADEM has other options.

“If there is need for a larger penalty,” Andreen says, “the thing to do is to file a civil lawsuit.”

David Ludder, an environmental lawyer who regularly works cases in Alabama, says it is unlikely ADEM will pursue this option. But the Sipsey Heritage Commission says it will. President Martha Salomaa says the group is working with property owners along the Mulberry Fork to file a lawsuit against Tyson Foods Inc. following last month’s spill.

“We want our area known for the good things, and there are so many good things,” Salomaa says. “We just can’t let, continue to let people from the outside come in and take it from us.” 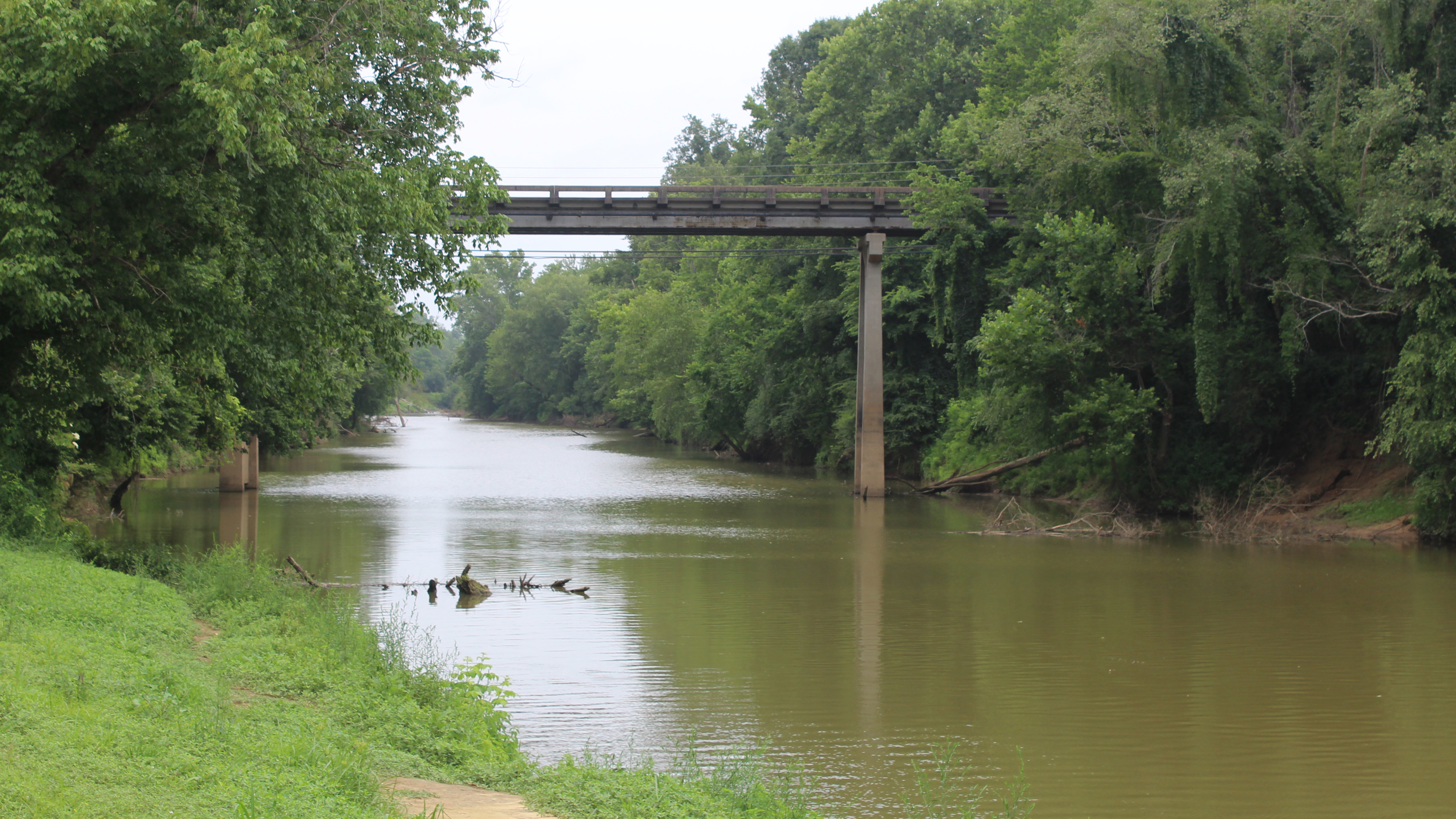 Mary Scott Hodgin, WBHM
The Mulberry Fork is a tributary of the Black Warrior River that flows through Cullman and Walker counties.

ADEM and the Alabama Department of Conservation and Natural Resources have not yet published their reports from the June 6th spill of wastewater and subsequent fish kill along the Mulberry Fork. In an update published June 26, ADEM said it “will take the appropriate enforcement actions after a full review of the comprehensive reports and all other available information.”