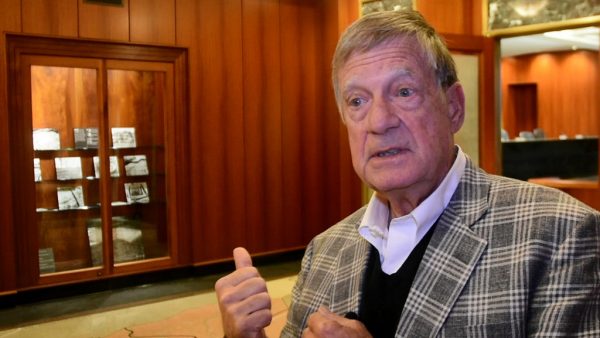 The Jefferson County Commission voted 3-2 for a resolution that executes an amended master agreement to establish the framework for UAB to form an authority to operate Cooper Green Mercy Health System.

“I think this is really a defining moment for our indigent health care system,” Stephens, the commission president, said immediately following the vote. “Moving forward, I believe our indigents will be able to see a noticeable difference. I believe we’ll improve the quality of our health care and our efficiencies.”

Scales said she voted no because all of the commissioners have not been given information during the negotiations.

“In my opinion, (that) did not occur,” she said. “Because it did not occur, it made me very uncomfortable with voting on a master agreement. I asked several questions I believe went unanswered.”

Scales provided Birmingham Watch with a list of concerns she offered during an executive session on the issue. Among them:

After Tuesday’s meeting, Stephens said that, during the nearly hour-and-a-half long executive session, questions asked “were very pertinent that needed to be answered before we could make a decision.”

“We asked our management team, we asked our attorneys and the answers we received were satisfactory,” he said. “We feel that we have a model in place now where our indigent citizens of Jefferson County will receive a quality of health care that is far greater than what they had been receiving.”

Knight, the commission’s representative on the group hammering out the health care authority agreement, called the approval of the resolution the final hurdle in getting to a general overall agreement between the county and UAB.

Scales said the contract on which commissioners voted today had nothing to do with health care.

“This was a business contract and that is the way I went about it,” she said. “This is the business of the county and how we engage the health care authority.”

Knight noted the creation in 1888 of the Hospital of United Charity, the mission of which was to take care of the county’s sick poor. He said the mission is unchanged.

“I think the health care authority, in partnership with UAB, offers the best chance of delivering quality health care to our citizens, regardless of their ability to pay,” he said. “I think we’ve got a lot of work to do, getting this word out to the people who will receive the care and the people who will provide the care. We have a lot of work to do to assure our employees that there will be a transition period but we need them.”