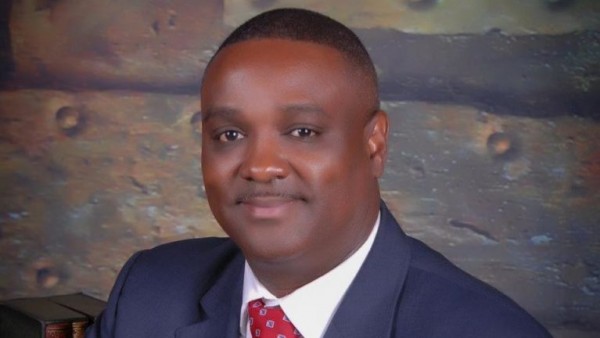 Jefferson County Board of Education

It was a history-making moment for the Jefferson County Board of Education.

The board on Wednesday unanimously selected Dr. Walter Gonsoulin Jr. as interim superintendent, making him the first African American to head the system in its 200 years of existence. Gonsoulin is temporarily replacing the departing Dr. Craig Pouncey.

“I feel humbled and honored to be chosen by the board,” Gonsoulin told reporters after the meeting.

Gonsoulin joined JefCoEd as a deputy superintendent of school and community support in 2017. One of six deputies currently on the JefCoEd staff, he has had oversight over half of the system’s schools. Before that, Gonsoulin served as superintendent of Fairfield City Schools, a job he took in 2012 after moving from an assistant superintendent’s post in Starkville, Mississippi’s city school system. His wife, Jennifer, is a reporter for ABC 33/40 television.

The appointment came during a special meeting of the board, during which Pouncey officially tendered his written resignation. Pouncey is leaving after five years as the head of JefCoEd and has accepted the presidency of Coastal Alabama Community College in Bay Minette.

“When it was announced that Dr. Pouncey was going to resign … we started looking at those with power within the Jefferson County School District with whom there was a trust and a relationship, someone who could work with all stakeholders to provide the best for our young men and young ladies,” Garner said.

The choice of Gonsoulin also was well received with leaders of both the county’s Alabama Education Association delegation and the American Federation of Teachers local, who added that they would like to see Gonsoulin be the permanent replacement.

“I’m very pleased with Dr. Gonsoulin. I really feel he’s going to bring a new personality to the leadership role, and one that we really need,” said Tracee Binion, local UniServ director for the AEA.

Garner echoed that sentiment. “He has the overwhelming support of the administrators’ association,” he said.

Gonsoulin did not rule out applying for the superintendent’s position on a permanent basis.

“We’ll cross that bridge when it comes, but of course (I might), because it provides exactly what the board members talked about in the meeting — a seamless transition,” he said. “It provides unity and cohesiveness. I’m very knowledgeable of all of the initiatives we have going on at this time.”

Gonsoulin will be part of the process that Pouncey began to have the federal desegregation order that has governed JefCoEd since 1971 lifted. Pouncey told the board that motions will be filed in the next few weeks with U.S. District Judge Madeline Haikala to make changes in the court order in Stout v. Jefferson County Board of Education. Those motions will start the final leg of a process that could give the system “unitary status,” which is the legal finding that JefCoEd is fully desegregated and no longer requires court supervision.

State law stipulates that school boards must announce the process for hiring a replacement within 90 days of the outgoing superintendent’s last day and that the replacement must be hired within 180 days. Pouncey said that laws were changed a few years ago because some school systems would hire interim superintendents who served for two or three years before the permanent position was filled. The opening must also be advertised for 30 days.

Pouncey’s official last day is Thursday, Sept. 26, which is the date of the next JefCoEd regular board meeting.