What Climate Change Could Mean for Alabama’s Coast 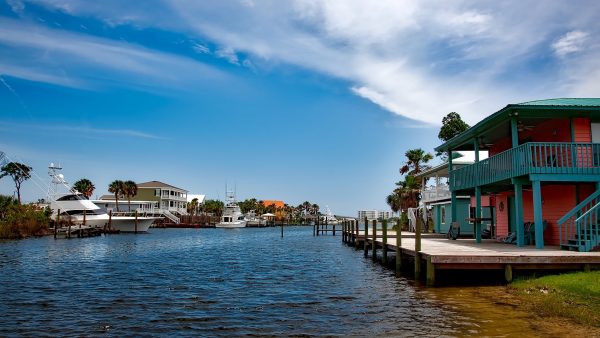 Climate scientists caution against linking any single weather event to climate change. But they say the phenomenon does mean extreme weather such as hurricanes or flooding is more likely. Sea levels are rising too. Birmingham Watch has launched a year-long series on how climate change is affecting Alabama, and they start with the Alabama coast.

Why Dauphin Island is like a canary in the coal mine:

“The effect of the heavier storms and of the rise of the seas is actually diminishing particularly the western end of the island. Some say that in 40 years or so the west end of that island will no longer exist. It’ll be underwater, along with the million dollar vacation homes and rental properties, and there’ll be a great loss to Alabama because that’s been a favorite vacation spot for many, many, many years.”

How climate change has contributed to the collapse of the wild oyster industry:

“Part of it is the heavier rainfall and heavier storms that wash freshwater into [Mobile] bay, diminishing the salinity of the waters.  And also, that brings more pollution from upstream, runoff from farms, sewer overflows. These all result in diminishing the health of the bay. Warming waters leaves less oxygen in the water for one thing. The very bottom of the bay is in a lot of cases devoid of oxygen.”

The reluctance to talk about climate change:

“I talked to one oyster farmer on the western shore whose son is a real estate agent down on the coast. And they can’t talk about this subject. The oyster farmer understands what’s going on, tries to improve what he can and mitigate what he can. But they can’t talk about it because his son won’t acknowledge that his business might be built on sand, if you want to say. So he cannot acknowledge to the people he’s selling to that this property might not be there in another 30 years.”