BIRMINGHAM, Ala. – Public Radio WBHM 90.3 FM is one of 25 NPR Member stations that has been selected to participate in a pilot program to demonstrate the delivery of emergency alerts to people who are deaf or hard-of-hearing in the Gulf Coast states. The initiative is a joint effort with NPR Labs, the technology research and development group of NPR, under a grant from the U.S. Department of Homeland Security (DHS).

The pilot project represents the first effort to deliver real-time, accessibility-targeted emergency messages, such as weather alerts, via radio broadcast texts. WBHM is one of 25 NPR Member stations – located in the Gulf states of Alabama, Florida, Louisiana, Mississippi and Texas – participating in the pilot with NPR Labs. Each station will transmit emergency alerts to deaf or hard-of-hearing volunteers in its listening area to gauge how effectively the messages are being sent and received.

“We are thrilled to participate in this very important project to ensure that everyone in our broadcast area has equal access to emergency alerts and potential life-saving information in times of crisis,” said Scott Hanley, WBHM’s General Manager. “One of the central missions of public radio is to serve and inform our audiences, and our participation in this project is just one example of how we are working to accomplish this goal.”

“This is a crucial first step in this very important project,” said Mike Starling, Executive Director, Technology Research Center and NPR Labs. “I want to sincerely thank WBHM for volunteering to participate in a project that will demonstrate that all individuals, including those who are deaf or hard-of-hearing, can stay informed in emergencies when electricity, Internet and other communications channels are unavailable.”

In the demonstration project, NPR will transmit emergency alert messages through the Federal Emergency Management Agency’s Integrated Public Alerting Warning System (IPAWS) to the Public Radio Satellite System (PRSS) in Washington, D.C., using the Common Alerting Protocol (CAP). The PRSS network operations center will then transmit the warning to the participating 25 public radio stations via the Radio Broadcast Data System (RBDS) on a dedicated channel. The stations will broadcast the emergency alert to specially designed radio receivers capable of displaying text messages. Deaf or hard-of-hearing project volunteers will be alerted to the message by a flashing indicator on those radios or a bed-shaker attached to and triggered by those radios, to ensure the message is received day and night.

The Gulf State region was selected as the location for the new emergency alert system because it is frequently subjected to extreme and sudden weather conditions. Public radio stations, served by the PRSS, reach more than 95% of the U.S. population.

The next step in the project will be for NPR Labs to work with WBHM to assist in identifying individuals who are deaf or hard-of-hearing in the listening areas of the 25 participating stations. These volunteers will use the specially designed radio receivers to test the messages and be surveyed throughout the pilot program to determine how effectively the test messages are being received.

Public Radio WBHM 90.3 FM, a listener-supported service of the University of Alabama at Birmingham, is “Your NPR News Station” and home to the Alabama Radio Reading Service for the blind and print-impaired. WBHM programming and award-winning regional journalism also can be heard in North Central Alabama on WSGN 91.5 FM through a partnership with Gadsden State Community College and on 104.7 FM in Fort Payne. Listen and give online at WBHM.org and follow the station at WBHM903 on Twitter and Facebook.

The Public Radio Satellite System® (PRSS) is the distribution network through which thousands of hours of news, music, and specialized audience programming are delivered every year to public radio stations throughout the United States. Managed by NPR Distribution, the PRSS is a unique, cooperative enterprise. Each participating station is a stakeholder in the collective assets of, and services provided by, the satellite system. Interconnected stations own their own downlink and uplink equipment. The satellite transponder capacities, as well as the national operating system equipment located in Washington, are owned by the Public Radio Satellite Interconnection System Charitable Trust.

NPR is an award-winning, multimedia news organization that reaches 27 million listeners each week, and nearly 23 million people monthly on digital platforms. In collaboration with more than 900 independent public radio stations nationwide, NPR strives to provide the public with a deeper understanding and appreciation of events, ideas and cultures. To find local stations and broadcast times, visit www.npr.org/stations. 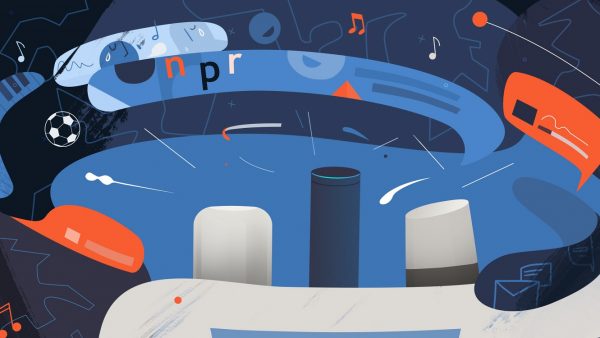 Listen to WBHM on Your Smart Speaker

The entire world of public radio is at your command. With a few simple utterances, you can access all the latest news, podcasts, and discussions of the day. Give any of the commands below a try and hear WBHM’s award-winning, audio-rich stories come alive on your voice-activated speaker.   Here are some general commands:   […]

Describe your overall goals and approach to address identified community issues, needs, and interests through your station’s vital local services, such as multiplatform long and short-form content, digital and in-person engagement, education services, community information, partnership support, and other activities, and audiences you reached or new audiences you engaged. WBHM seeks to have demonstrable community […]

WBHM no longer is required by the FCC to have a public inspection file at the station. This file is now online at the FCC’s new Public Inspection Files website where you will find licenses, EEO files, IP reports, underwriter lists, and ownership reports as required by the FCC as well as “The Public and […]

Our signal reaches across the heart of Alabama — and we’re streamed globally both on our website and through our app!