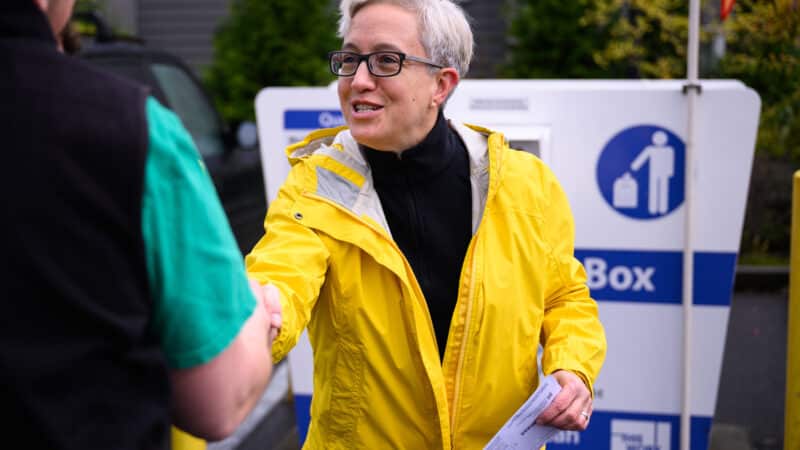 Portland, Ore., — In a tight race, Oregonians have elected Democrat Tina Kotek as the state’s new governor, according to a race call by the Associated Press.

Kotek, a former state House speaker, beat out her Republican opponent and former state lawmaker Christine Drazan. With the victory, Kotek becomes one of the nation’s first openly lesbian governors – a title she shares with Maura Healey, a Democrat elected governor Tuesday in Massachusetts.

The race for Oregon governor was one of the most competitive in the country. Part of the reason was Betsy Johnson, a former Democratic state senator who ran as an unaffiliated candidate. Early in the race, she had the backing of one of Oregon’s richest men, Nike co-founder Phil Knight. As polls continually showed Johnson lagging in the race, Knight switched his allegiance and started donating to Drazan’s campaign.

The victory highlights the complete dominance Democrats have held over the governor’s mansion in Oregon for four decades. Polls have shown Oregonians are upset about a worsening homeless crisis, rising crime and the cost of good like groceries. They are also not fans of the outgoing Gov. Kate Brown, who has the lowest approval rating of any governor in the country.

Yet, the Democrats still prevailed. Part of the reason is simple math: there are still more registered Democrats in the state than there are Republicans.

While serving as speaker of the state House for nearly a decade, Kotek passed a litany of progressive legislation including to raise the state’s minimum wage and make Oregon the first in the nation with statewide rent control.

“Oregon can do great things,” she said recently. “We have not had the leadership in our governor’s office over the last several years to make that happen, and I am tired of it.”