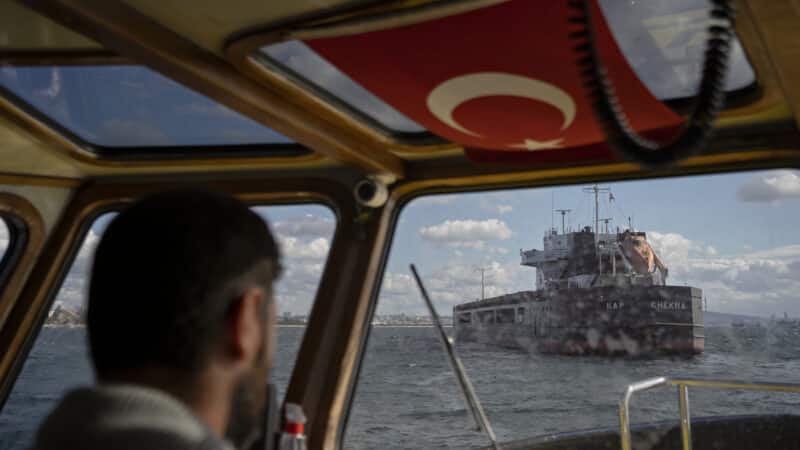 ISTANBUL — Since early August, more than 10 million metric tons of Ukrainian grain have been exported, most of it wheat and corn, through a humanitarian corridor set up in the Black Sea. The agreement that allows Ukraine to export grain has been a lifeline for Ukraine’s crippled economy and has helped countries that were experiencing severe food shortages due to the war. It has also helped stabilize global food prices.

Shipments had essentially been blocked since the start of the war by the Russian navy. The United Nations and Turkey had to press for Ukraine and Russia to set up a system for letting ships through. The August deal hinged on parties agreeing to a complex maritime inspection routine, with international teams boarding ships to make sure they’re not sneaking weapons, stowaways or exports of other items not in the agreement.

Last weekend, Moscow announced it would stop participating in the deal after an attack on its Black Sea fleet, immediately leading to concerns about global food security. But Russia reversed its decision after it secured written assurance from Ukraine that the shipping corridors would not be used for military purposes.

NPR was allowed recently to go to the Sea of Marmara with inspectors from Russia, Ukraine, Turkey and the U.N. to observe how the inspections work.

For security reasons, NPR could not identify, photograph or interview Russian and Ukrainian inspectors on the record. Hardliners in Russia and Ukraine are critical of the grain deal because it involves the warring parties working together. The overall atmosphere aboard the ship was professional and collegial.

For those few days during Russia’s suspension, Russian and Ukrainian inspectors did not participate, as the U.N. and Turkey continued to implement the deal. And new vessels — those not already scheduled — were unable to go to Ukraine to pick up exports, leading to a small lag in operations.

The current agreement expires on Nov. 19. The international community is hoping it will be extended, and that Ukraine and Russia will continue to work together, despite the war, to supply food to the world.