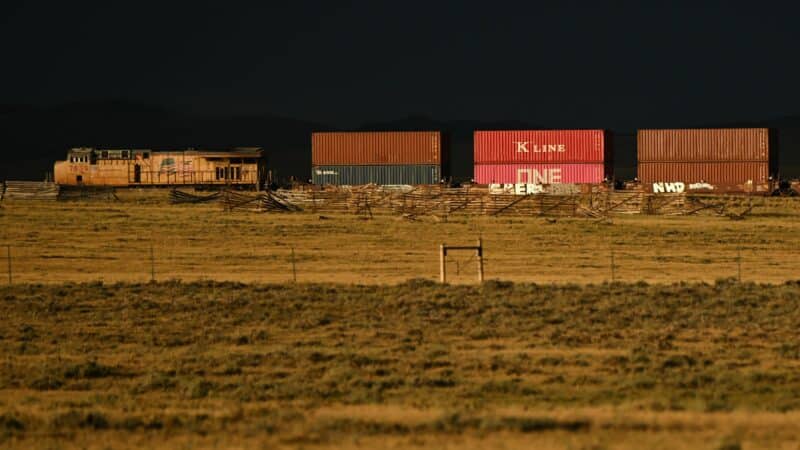 It’s back to the drawing board for tens of thousands of rail workers.

SMART Transportation Division, the largest freight rail union representing 28,000 conductors and other trainmen, has rejected the tentative agreement brokered by the Biden administration in September.

The vote was extremely narrow — 50.87% voted against the deal.

Another large rail union — the Brotherhood of Locomotive Engineers and Trainmen — voted to ratify the agreement by 53.5%.

The agreement gives workers a 24% raise over five years, an additional personal day and caps on health care costs. It also includes some modifications to the railroads’ strict attendance policies, allowing workers to attend to medical needs without facing penalties for missing work.

Back in September, President Biden described it a win for all sides and the U.S. economy. The railroads called it the most generous contract in modern history and noted that upon ratification, workers would see an average payout of $16,000 in back raises and bonuses.

That turned out not to be enough for some workers. Pointing to the railroads’ record profits in recent years, they say they deserve better.

“SMART-TD members with their votes have spoken, it’s now back to the bargaining table for our operating craft members,” said SMART-TD President Jeremy Ferguson in a statement. “This can all be settled through negotiations and without a strike. A settlement would be in the best interests of the workers, the railroads, shippers and the American people.”

Four of 12 rail unions have voted down the deal

There are now four unions, with a combined membership of close to 60,000 workers, who have voted down the agreement.

Those unions and the railroads now return to the bargaining table. If no agreement is reached by December 8, two things could happen as early as 12:01 a.m. on December 9: The railroads could lock workers out, or workers could go on strike.

If any one union strikes, all of the unions will honor the picket lines, including the eight that have ratified the deal. That would bring not just freight trains, but some Amtrak and commuter rail systems that operate on tracks owned by the freight railroads, to a halt.

Roughly 30% of freight moves by rail in the U.S. — everything from chlorine to cars to corn. The Association of American Railroads estimates that a nationwide rail shutdown could cost the country $2 billion a day in lost economic output.

The group said the rail companies stand ready to reach new deals based on the original framework presented by President Biden’s emergency board, but warned that the window for coming up with an agreement was narrowing.

“Let’s be clear, if the remaining unions do not accept an agreement, Congress should be prepared to act and avoid a disastrous $2 billion a day hit to our economy,” said AAR President and CEO Ian Jefferies in a statement.

Congress has the power to intervene if workers strike

Should there be a strike, Congress would likely intervene within hours. The Railway Labor Act allows Congress to take any number of measures to get trains running again — including imposing some version of the contract or extending the status quo, kicking any decision to the next Congress.

At a series of town hall meetings over the last month, union leaders refrained from telling engineers and conductors how to vote but warned that if they rejected the contract in favor of a strike, the matter would be out of their hands.

“Make your own decisions,” Dennis Pierce, national president of the Brotherhood of Locomotive Engineers and Trainmen, said at a town hall in Independence, Ohio, on November 9. “But the idea that [Congress] will let us shut down the nation’s economy for any length of time I don’t think is likely.”

The unions acknowledge that the agreement sent to the rank-and-file to vote on fell short of what they’d hoped for. While the deal did include substantial raises that puts workers slightly ahead of inflation, it did not deliver any paid sick days, a major disappointment to workers after carrying the railroads through the pandemic.

The unions were able to secure some protections for workers from the strict attendance policies employed by a couple of the railroads. Under the deal, workers can miss work to attend to medical issues without being assessed disciplinary points, but there are limitations and the time off is unpaid.

Additionally, the agreement stipulates that unions can negotiate for more regular schedules for engineers and conductors who are essentially on call around the clock. The unions say this is a big win for workers and would constitute a major quality-of-life improvement.

Meanwhile, two unions that voted down the contract last month — the Brotherhood of Maintenance of Way Employees and the Brotherhood of Railway Signalmen — are still holding out for paid sick leave. They’ve argued that railroad workers should receive the same amount that federal contractors are mandated to provide — 56 hours — but say they’ll make a deal with less than that.

“We’re not done,” he assured them.