Election Day is coming. Here’s what to think about before sharing news 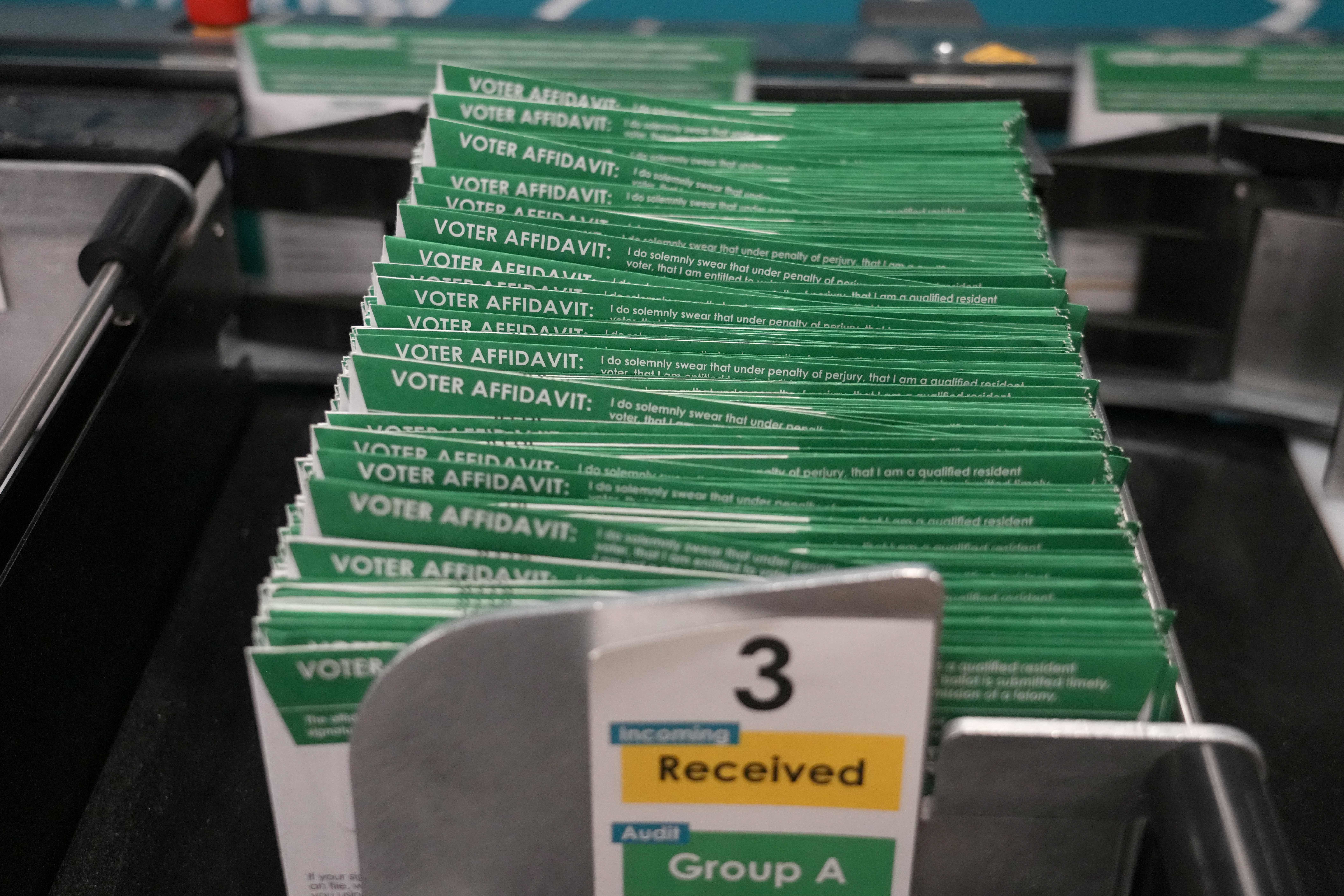 As Election Day approaches and the rhetoric and vitriol increase, it’s useful to remember the wise and immortal words of Smokey the Bear: “Only you can prevent wildfires.” That’s because anyone who’s online and shares information plays some role in shaping whether falsehoods gain traction.

Now you may ask, “But I’m just one person — what about Twitter? What about Facebook? And what about politicians with huge followings who spread falsehoods and misleading claims all the time?”

It’s true that our society and many others around the world are facing what some researchers call “truth decay.” Bad actors can and do game social and traditional media in order to flood the zone with conspiracy theories that sometimes promote violent and extremist agendas.

But in the past decade or so, the way people consume information has radically changed thanks to social media. And you, the user, have some influence over the algorithms that serve you posts, videos and news stories in your feed.

With that in mind, here are several things to consider when sharing news of all kinds, but especially election news.

This is probably the most important one. How does the person posting about this story know what is happening? Is it an election official explaining the process? Is it a reporter from a trusted news organization who’s on the ground? Is it an account or a news outlet you’ve never heard of before? Here’s a quiz from the nonprofit News Literacy Project you can take to help evaluate if a news source is credible.

Relying on local election officials and local journalists who understand the ins and outs of how people in your community vote will generally yield better-quality information than, say, random Twitter accounts with large followings. Election officials are particularly important for helping explain changing voting procedures and how ballots are collected and counted, as opposed to political candidates, who may try to spin or exaggerate what is happening.

If you see a piece of news circulating that seems surprising or off in some way, it’s worth checking to see if other news outlets are reporting the same thing. Are they confirming the news themselves or merely attributing it to another source? Is the source that’s being attributed credible?

Elections in the United States are incredibly decentralized. It’s both a strength and weakness of our democracy. Election rules and procedures vary state by state and sometimes even county by county. Some states allow mail-in ballots received before Election Day to be processed, sometimes even counted, in advance. Others leave the processing and counting of mail-in ballots until after the polls close. Local election officials have been explaining their counting process in advance and trying to set voters’ expectations around the pace with which results will come out.

Results could also shift dramatically over the course of election night depending on which ballots are counted first. With Republicans increasingly focused on voting in-person on Election Day, while many Democrats vote early or by mail, the results could swing from one party to the other depending on the batch of ballots that has been tabulated. It’s not a sign that the results have been tampered with, merely an indication that the ways people vote has become polarized and with it, the way the results come in.

Many voters watch election night coverage on TV and get the impression that the TV networks have some role in determining the outcome when they make race calls. That’s not true. What the networks are actually doing is making projections about the winner based on the public vote counts released by local and state election officials. State election officials are the only ones who officially declare a winner in a process that can take days or weeks after Election Day.

NPR relies on The Associated Press for its vote count data and uses that organization’s race calls. The AP says it makes a call only when it “is fully confident a race has been won — defined most simply as the moment a trailing candidate no longer has a path to victory.”

Be wary of what photos and videos purport to show

You could see photos and videos alleging nefarious behavior or a gross injustice. Look for a difference between what the post says you’re seeing and what the video or photo actually shows. Often, a photo or video is grainy, magnified or altogether not clear. Sometimes a reverse image search will reveal that the picture is years old or from another country! In many cases, there’s no evidence in the post or allegation to support the premise that someone is, for example, casting a ballot illegally, mishandling a ballot or being denied the right to vote.

In fact, a recent documentary-style film that alleged widespread fraud during 2020 used still images of a man casting a ballot in a Georgia drop box to claim the man was voting illegally. In fact, the man was voting legally and is suing the filmmakers for defamation.

Most cases of ballot and election fraud tend to involve an extremely small number of ballots and are quickly identified. The most significant case of election fraud in the past 40 years took place in Bladen County, N.C., in 2018 when the state refused to certify the results of a U.S. House race after investigators revealed that a political operative working for the Republican candidate had mishandled a significant number of absentee ballots he had collected. The results of that contest were called into question within weeks of Election Day.

Even the broadest database of election fraud cases collected by the conservative Heritage Foundation shows about 750 cases of documented voter fraud involving approximately 1,100 people over 40 years and billions of ballots cast. Many election researchers take issue with the organization’s methodology, which they view as overly expansive.

Election workers are your neighbors

The people at your polling place and the people handling and counting ballots live in your city or county. Many are volunteers or paid relatively little. Many work in offices that are understaffed. Many do the job because they believe it’s important and work hard to be scrupulously nonpartisan. Sharing material that names and accuses election workers of illegal behavior could lead to that person facing harassment, even death threats.

“It turned my life upside down,” said Georgia election worker Shaye Moss during testimony before the U.S. House committee investigating the Jan. 6 insurrection at the U.S. Capitol, referring to conspiracy theories that targeted her and her mother, Ruby Freeman. “I don’t want anyone knowing my name.”

Election workers are also human and can make mistakes. But in today’s environment, a mistake of any kind can become fodder for a conspiratorial narrative.

If a news story gives you an emotional response, pause

It’s OK to react emotionally to the news! There are a lot of things happening in the world that many people find upsetting.

But in our highly polarized society, many actors try to capitalize on tribal political identities. They share falsehoods and misrepresentations that will incite an emotional response and short-circuit the instinct to consider whether something can be true, or even plausible.

Don’t fall prey to their tactics.

When you encounter a story like that, take a deep breath and ask yourself whether it’s worth sharing and contributing further to the wildfires on social media.