Eclipse the dog, known for riding the bus alone to the dog park, has died 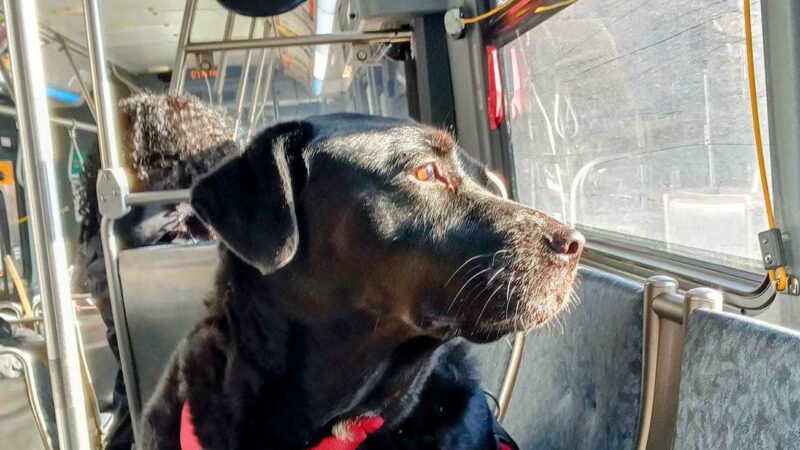 Eclipse, the Seattle dog known for riding a city bus herself, died on Friday. The news was posted on her owner-run Facebook account.

She was 10 years old and died in her sleep, according to the account. Prior posts shared that she had been diagnosed with cancerous tumors.

Eclipse gained attention in 2015 when she began to take the bus alone. Her owner, Jeff Young, says the two of them would regularly take the bus to visit their local Belltown Dog Park. One day, he was still smoking a cigarette when the bus arrived — so, she boarded without him.

Within weeks, the black lab-bullmastiff mix was a consistent commuter in her signature red harness. Bus drivers recognized her and she knew her stop by looking out the window, her fellow passengers told Seattle’s KOMO News in 2015.

While fans marveled at Eclipse’s ability, Young spoke about her habit with what could be taken as nonchalance, or perhaps confidence in his dog.

King County Metro paid tribute to the dog on its Twitter page, posting an image of her and the note, “Eclipse was a super sweet, world-famous, bus riding dog and true Seattle icon. You brought joy and happiness to everyone and showed us all that good dogs belong on the bus.”