4 things to know after Simona Halep tests positive for doping 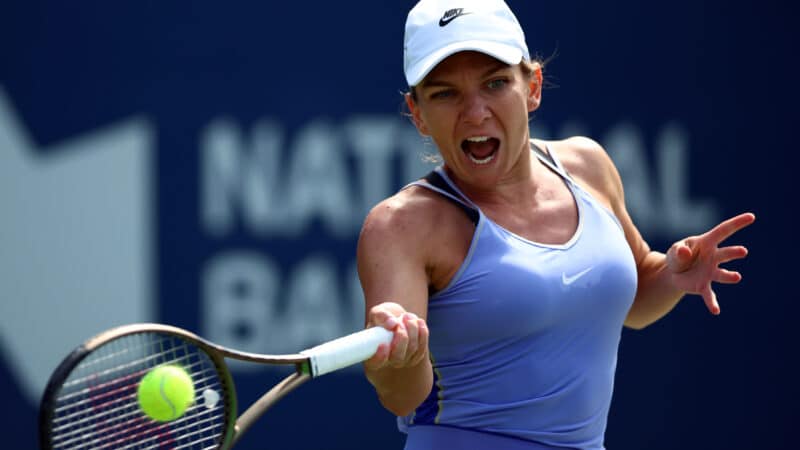 Simona Halep’s positive drug test for a banned substance has sent shockwaves through the tennis world. Halep, a former world No. 1, says she didn’t take the drug and is vowing to clear her name. Many in tennis are siding with her.

Halep, 31, said on Friday that she felt “completely confused and betrayed” after being informed that she was provisionally suspended by the International Tennis Integrity Agency, the anti-doping agency for tennis.

Here are four things to know about Halep and her case, including details and unanswered questions about the drug that doping authorities say was found in her system:

Halep is accused of taking Roxadustat

The ITIA says a drug-control sample taken from Halep at the U.S. Open in August tested positive for roxadustat, a banned performance-enhancing drug with effects similar to erythropoietin (EPO), the blood-doping drug that’s long been linked to pro cycling.

On social media, Halep said she was shocked to learn the drug was detected in her system. Insisting she has never been tempted to cheat, she stated, “I will fight until the end to prove that I never knowingly took any prohibited substance and I have faith that sooner or later, the truth will come out.”

Both the A and B samples taken from Halep tested positive for Roxadustat, according to the ITIA. It did not specify if the samples were blood or urine; the agency uses both systems.

Halep, who holds Grand Slam singles titles from the French Open and Wimbledon, said her fight is motivated not by money or achievements, but by a sense of honor and love for the game. On the day she announced her positive test, she was ranked ninth in the world.

What does roxadustat do?

Roxadustat is a relatively new drug produced by FibroGen, a biopharmaceutical company in San Francisco partnering with AstraZeneca and Astellas. It’s not approved in the U.S.; elsewhere, it’s marketed as a tool for preventing anemia by boosting the body’s red blood cell production.

Roxadustat and similar drugs work by causing the body to “mimic the natural response to hypoxia, or insufficient oxygen,” as the U.S. Anti-Doping Agency said in 2016. At the time, the drug was not yet approved in any country — China was the first to OK it back in 2018 — but it was already being found in international athletes.

The drug is mainly meant to help kidney disease patients who are on dialysis, or people on chemotherapy. But it can benefit athletes — if you boost red blood cells, you can also boost the amount of oxygen available to athletes, helping their endurance.

Roxadustat is taken orally, while forms of EPO are commonly injected, making the new drug easier to use — and potentially more difficult for an unwitting athlete to realize they’re taking a banned substance.

Unless Halep is able to overturn the finding or prove she didn’t intentionally use the drug, she could face a punishment of up to four years’ suspension, according to ANAD, Romania’s National Anti-Doping Agency.

Halep’s former coach and others jump to her defense

Those defending Halep against the doping charge include her former coach, the Australian Darren Cahill.

“Even though I’m no longer working with Simona, I’d like to speak clearly to the person I know and the athlete that I worked with for 6 years,” Cahill wrote in an Instagram post.

“Firstly, and most importantly, there is NO chance Simona knowingly or purposely took any substance on the banned list,” he wrote. “None. Zero.”

Cahill said Halep was frequently tested for banned drugs and embraced the spirit of fair play. He described her as being vigilant against accidental ingestion of drugs or substances that might trigger a positive test.

“Honesty has always been her greatest strength and her biggest weakness,” Cahill said of Halep, who in the past has been forthright in discussing the challenges of an athlete staying at the top of elite tennis — and her recent struggles in the game.

“I believe in her,” Cahill said. “I always have and can honestly say never more than right now on this particular issue. I stand with Simo.”

Cahill’s message was applauded by tennis pros-turned-commentators Barbara Schett-Eagle and Rennae Stubbs. A reply also came from Patrick Mouratoglou, the famous former coach of Serena Williams who has recently been working with Halep.

“Thank you Darren,” Mouratoglou wrote. “All the people who know Simona, also know that she, for sure, hasn’t purposely taken any banned substance.”

The Romanian Tennis Federation and its president, George Cosac, say they’re standing by Halep. So is Romania’s Minister of Sports Eduárd Novák, who cites the positive impact Halep has had in saying that he will await clarification about her case.

Halep is one of the most successful players in history

Halep has been having a comeback this year, returning to the Women’s Tennis Association Tour’s top 10 in August. Before injuries and emotional exhaustion derailed her during the 2021 season, Halep had spent 373 weeks in the top 10 — a span of more than seven years.

In women’s tennis, only Serena and Venus Williams have earned more prize money than Halep. She has won more than $40 million over her career, a milestone she reached earlier this year.

Among female and male players, Halep’s winnings put her in eighth place overall on the overall list of players with the most prize money, well above Andre Agassi and below Pete Sampras.

In September, Halep announced she was ending her 2022 season to undergo nasal surgery that, she explained, was meant to improve her breathing and also to change her nose’s appearance. The ITIA says it sent Halep a notice of a potential doping violation on October 7.