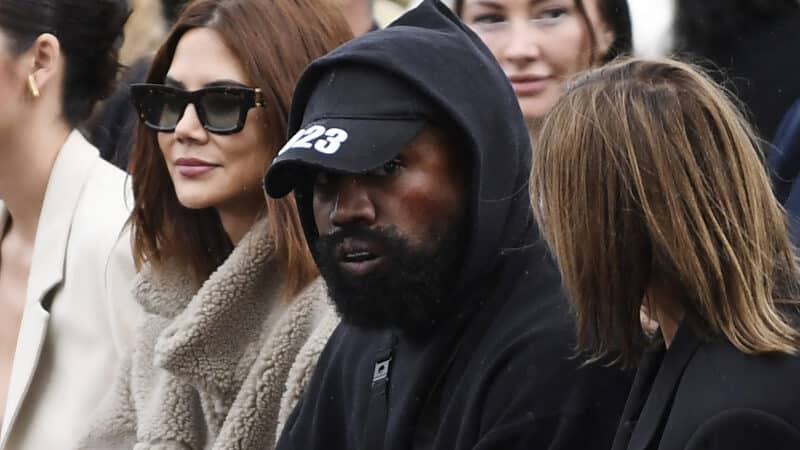 According to The Hollywood Reporter, a Meta spokesperson confirmed that the restriction was put in place after “repeated violations.”

Ye responded to the restrictions with a now deleted tweet, writing:

Meta didn’t specify which posts were responsible for the restrictions. But on Friday, Ye posted screenshots that appeared to be text exchanges with Diddy, in which Ye told him “Ima use you as an example to show the Jewish people that told you to call me that no one can threaten or influence me. I told you this was war.”

The wave of Ye news is coming off of his recent appearance at Paris Fashion Week, where he wore a shirt that said “White Lives Matter.” According to the Anti-Defamation League, the phrase first appeared in 2015 as a racist response to the Black Lives Matter movement. The stunt predictably started a wave of criticism and backlash that culminated in the rapper doing a two-part interview with Fox News host Tucker Carlson.

The broad ranging interview featured Ye talking about everything from his religion, his relationship with the late fashion designer Virgil Abloh, his anti-abortion stance, and his political aspirations. In responding to why he wore the White Lives Matter shirt, Ye said “Because they do. It’s the obvious thing.”

Ye has a long history of erratic behavior, goading controversy and attention. But more recently, the designer has been in the news for ending his highly publicized partnership with the clothing brand Gap. In September, Ye told the Associated Press that he sent a letter to the chain seeking to end the relationship, citing Gap’s failure to meet obligations involving the distribution of his merchandise.