What lawmakers are saying about Trump’s run for the presidency 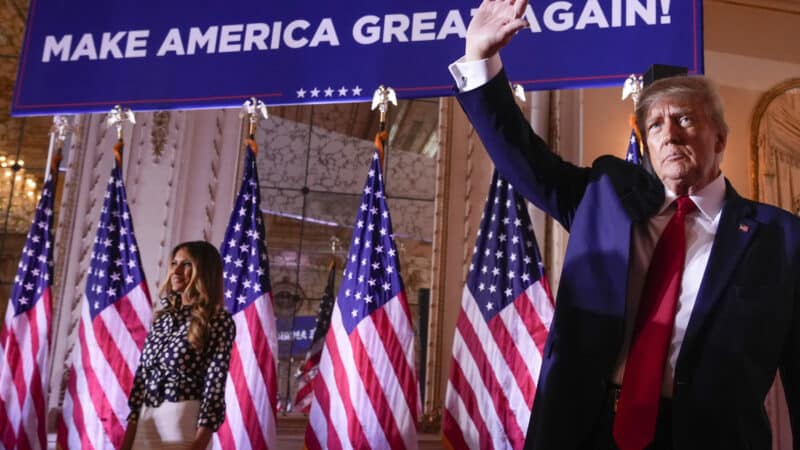 Republican lawmakers danced around the question when asked if they would support Donald Trump, who announced Tuesday that he was running again for president, in 2024.

“I think you are going to see a lot of other people announcing their candidacy as well, we’ve got a deep bench,” said Sen. Todd Young, R-Ind. “That’s a really good thing,”

Florida Congressman Matt Gaetz, a Republican who is a Trump ally, said: “We’re focused on this election and the Georgia election.”

That’s a reference to the runoff in Georgia next month that pits incumbent Sen. Raphael Warnock, a Democrat, against football legend Herschel Walker, a Republican endorsed by Trump.

Trump’s record of endorsements in the recently concluded midterms have been mixed. Republicans lost in competitive Senate races in Pennsylvania, New Hampshire, Arizona and Nevada. Democrats could further expand their majority with a runoff election three weeks from now in Georgia.

Republicans could take control of the House, but by a far smaller majority than they were hoping for, likely hampering their ability to pass legislation next year. Trump’s record in endorsing candidates was mixed there, as well.

Still, not all Republicans left the former president out to dry.

Kari Lake, a Trump loyalist who ran unsuccessfully for governor of Arizona, said over Twitter that the former president has her “complete and total endorsement.”

Sen. Lindsey Graham, R-S.C., also took to Twitter after Trump’s announcement, saying that Trump will be hard to beat in the general election if he maintains his message and tone.

“His speech tonight, contrasting his policies and results against the Biden Administration, charts a winning path for him in the primaries and general election,” Graham tweeted.

Graham had told reporters earlier Tuesday that he wanted Trump to hold off making any campaign announcements. “I don’t think Trump should announce today,” he said, “I just think we got Georgia (Senate race) outstanding. I would like to finish 2022, right?”