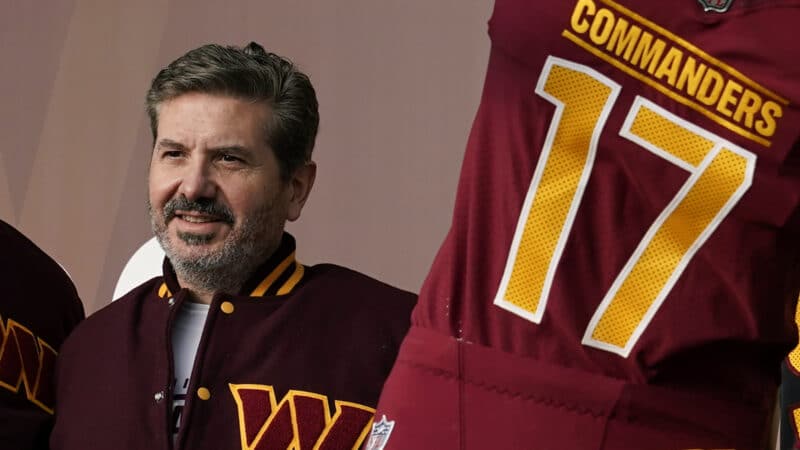 The NFL’s Washington Commanders could soon be for sale, after owners Dan and Tanya Snyder said they have hired Bank of America Securities to “consider potential transactions.”

The team announced the surprising decision Wednesday to enlist the investment bank’s services. Asked if the Snyders were considering selling part or all of the team, a spokesperson said, “We are exploring all options.”

The Commanders are worth an estimated $5.6 billion, according to Forbes. That ranks sixth among the league’s 32 teams.

The team said in a statement: “The Snyders remain committed to the team, all of its employees and its countless fans to putting the best product on the field and continuing the work to set the gold standard for workplaces in the NFL.”

Snyder’s ownership in Washington has come under increased pressure recently amid investigations by the league office and Congress into the team’s workplace culture and potential financial improprieties. Indianapolis Colts owner Jim Irsay said at the most recent league meeting there was “merit” to removing Snyder, who has been accused of sexual harassment and of overseeing a workplace in which women were frequently harassed and demeaned.

It would take 24 of the other 31 owners to vote to remove Snyder, unless he voluntarily chose to sell the team that was renamed the Commanders earlier this year.

Snyder bought the team in 1999, and it has won just two playoff games since.

After feuding with previous minority owners, the Snyder family bought out their shares of the team last year to take full control of the franchise.