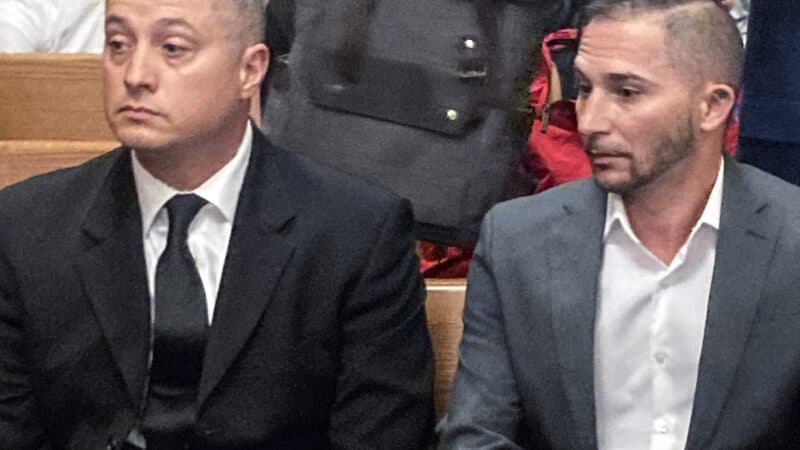 Fishermen Jacob Runyan and Chase Cominsky, accused of packing weights into fish in an attempt to win nearly $30,000 at an Ohio tournament, pleaded not guilty Wednesday.

Runyan and Cominsky were recently indicted after an inspection of the fish they submitted at the the Lake Erie Walleye Trail tournament in Cleveland found their fish had been stuffed with lead weights and fish fillets — a discovery that set off an uproar that was caught on a widely watched video.

Before that inspection, the pair had been poised to win the competition and team of the year honors, with a total prize of $28,760.

Judge Steven E. Gall set personal bail of $2,500 for each fisherman, which they posted, according to court documents.

The charges are fifth-degree felonies, meaning they could each bring a punishment of up to 12 months in prison and $2,500 in fines. The duo also face a misdemeanor count of unlawful ownership of wild animals — a charge related to raw fish filets they allegedly had on their boat. If they’re convicted of that crime, their fishing licenses could be revoked indefinitely.

Runyan, who’s from Cleveland, and Cominsky, who’s from Hermitage, Pa., were coming off a 2021 season in which Runyan once said their winnings totaled more than $300,000. But the pair saw also some of their winnings stripped away by a high-profile disqualification, after one of them failed a polygraph test — a common precaution at high-stakes fishing tournaments, where prizes can range from cash to expensive fishing boats.

Messages seeking comment from the anglers’ attorneys and the prosecutor’s office were not returned before this story was published. The next scheduled proceeding in the case is a pretrial hearing slated for Nov. 9.