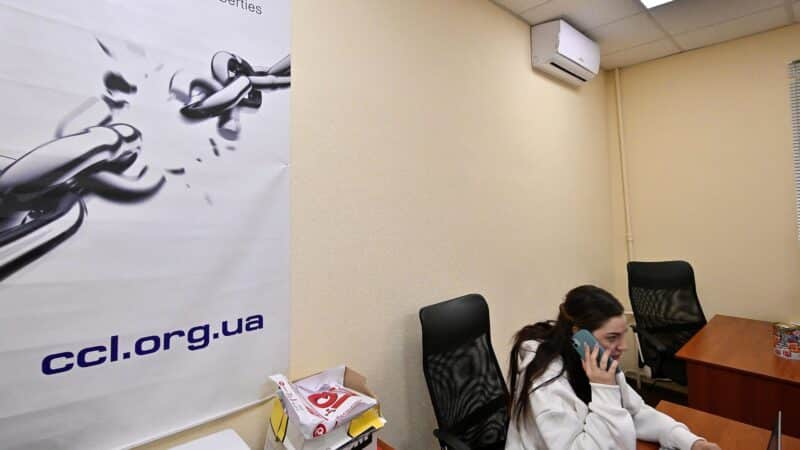 The Norwegian Nobel Committee granted 2022’s Peace Prize to winners in Russia, Belarus, and Ukraine “for promoting the right to criticize power and protect the fundamental rights of citizens and making an outstanding effort to document war crimes, human right abuses and the abuse of power.”

It’s the first time that the award has come to Ukraine in the Nobel committee’s 121-year history. While the Ukrainian organization that won, the Center for Civil Rights, is celebrating, many Ukrainians are upset they need to share the award with other countries.

“Neither Russian nor Belarusian organizations were able to organize resistance to the war,” wrote Mykhailo Podolyak, a top Ukrainian official, on Twitter.

The Russian winner, the human rights group Memorial, had condemned the country’s invasion of Crimea in 2014, but protests in Russia against the war had been subdued. The Belarusian winner, Ales Bialatski, argued in 2014 that Russia’s invasion of Ukraine that year gave cover to domestic repression in Belarus.

“While in Russia and Belarus, they fight domestic regimes, in Ukraine they denounce violations committed by Russia,” writes Tokariuk.

When the Center for Civil Rights was founded in 2007, though, few expected the future of human rights in the region to be defined by war. Many Ukrainians first heard of the group in 2013 when they organized support for activists and journalists jailed by the regime of then-Ukrainian president Viktor Yanukovych.

When Russia invaded Ukraine in 2014, the group shifted its focus to documenting war crimes inflicted by invading forces. Nonetheless, the Center for Civil Rights and organizations that sprung up in its wake continued to press Ukraine’s post-revolution government to follow through on human rights commitments.

Responding to the news that the organization she co-founded won a Nobel Peace Prize, Olexandra Matviychuk wrote that Ukraine can provide an example to activists in other countries pushing through civil rights reform.

“The mass mobilization of ordinary people in different countries of the world and their joint voice can change world history faster than the intervention of the United Nations,” she wrote.

Matviychuk also congratulated her “friends and partners” in Russia and Belarus.