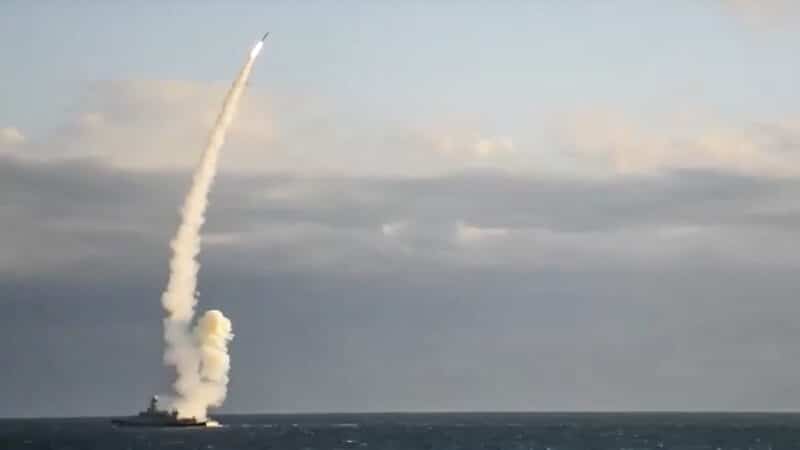 As the week begins, here’s a look ahead and a roundup of key developments from the past week.

What to watch this week

Another week kicked off with Russia launching a wave of attacks hitting Ukraine’s capital Kyiv and other areas, causing damage including outages in electricity, cellphone service, water supplies and other destruction.

There will likely be fallout after Russia pulled out of a United Nations-brokered deal to export Ukrainian grain. The U.N. Security Council is meeting to discuss the issue Monday.

Progressive Democrats sent, then withdrew, a letter urging President Biden to seek diplomacy with Russia toward a cease-fire in Ukraine. Thirty members of Congress had signed the letter, which caused a backlash, including from fellow Democrats, but some signatories explained they signed it soon after it was drafted in early summer and much has changed since.

Russia practiced conducting a nuclear strike on Oct. 26, in its first big nuclear drill since invading Ukraine this year. The Kremlin’s defense minister said it was a rehearsal for responding to a nuclear attack. It came as NATO carried out its annual Steadfast Noon nuclear exercises.

President Vladimir Putin repeated the allegation, without evidence, that Ukraine is preparing to set off a dirty bomb. The U.S. and allies dismiss this as a false pretext for Russia’s own possible future actions.

Germany’s president acknowledged a “bitter failure“ of his and other governments’ policies toward Russia. In his national address on Oct. 28, President Frank-Walter Steinmeier said Russia’s war has “reduced the European security order to ashes.”

Russia accused Ukraine of a “massive” drone attack on its Black Sea fleet and civil ships over the weekend, off the coast of Crimea. Moscow also alleged “British specialists” were involved in directing the drones as well as damaging gas pipelines, which London denied.

Russia suspended its role in a deal allowing Ukrainian grain to be exported through the Black Sea, citing the alleged drone strikes. The move drew condemnation from Western leaders and the U.N., which brokered the arrangement to ease a global food crisis.

Another casualty of Russia’s war: Some Ukrainians no longer trust their neighbors.

Russia is suspending a Ukraine grain export deal that has helped keep food prices down.

Understanding the Biden administration’s approach to diplomacy with Russia.

Can the U.S. keep up with Ukraine’s demand for weaponry?

Putin makes an unsubstantiated claim that Ukraine has plans to use a dirty bomb.

Russia’s war in Ukraine is changing the world: See its ripple effects in all corners of the globe.

You can read past recaps here. For context and more in-depth stories, you can find more of NPR’s coverage here. Also, listen and subscribe to NPR’s State of Ukraine podcast for updates throughout the day.