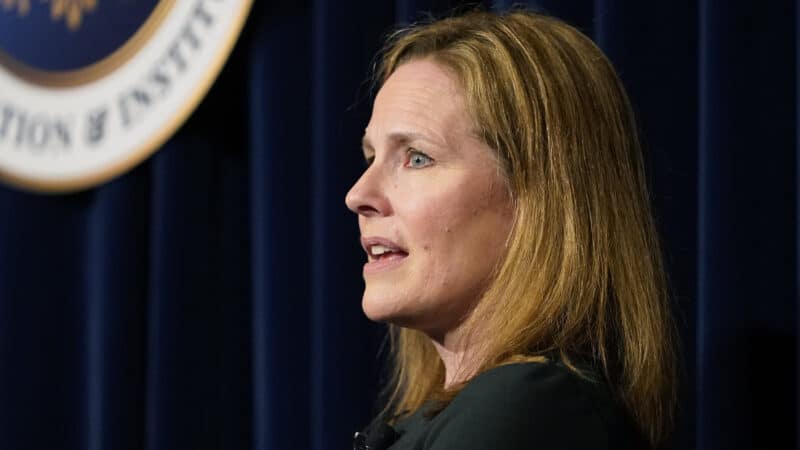 The Supreme Court on Thursday refused to block the rollout of the Biden administration’s student debt relief plan, allowing the program to move forward – at least for now. Loan forgiveness is scheduled to begin as early as Sunday.

Justice Amy Coney Barrett, who is assigned to the Seventh Circuit Court of Appeals, was the one who received the emergency application. Presumably the court’s other justices agreed with her decision.

Within hours of the Supreme Court action, another closely watched challenge to the program, this one brought by six GOP-led states, was tossed out by a federal district court in Missouri.

The emergency request to the Supreme Court was brought by the Brown County Taxpayers Association, a Wisconsin organization made up of around 100 taxpaying individuals and business owners that advocates for conservative economic policy.

This case will continue in the Seventh Circuit, where it is being heard on appeal. A federal district court judge dismissed the lawsuit earlier this month, on ground that the taxpayer group lacked “standing.” In short, the challengers, simply as taxpayers, could not show a personal injury as is required to bring a suit. In 2007, the Supreme Court said, “if every federal taxpayer could sue to challenge any Government expenditure, the federal courts would cease to function as courts of law and would be cast in the role of general complaint bureaus.”

The Biden administration announced its student loan relief program in August, citing the the rising cost of attending college and the economic crisis brought on by the COVID-19 pandemic. The relief program is for low- and middle-income individuals, and includes up to $20,000 in debt cancellation for Pell Grant Recipients and up to $10,000 for non-Pell Grant recipient. The loan forgiveness is just one part of a broader proposal for debt relief; the plan also includes reducing monthly payments on undergraduate loans and combating the rising cost of college education.

The plan has been challenged by several other conservative organizations. Those lawsuits are percolating in various lower courts, though they may face similar difficulty showing a specific harm to stay alive.