The Fed orders another jumbo interest rate hike. Many are wondering what’s next 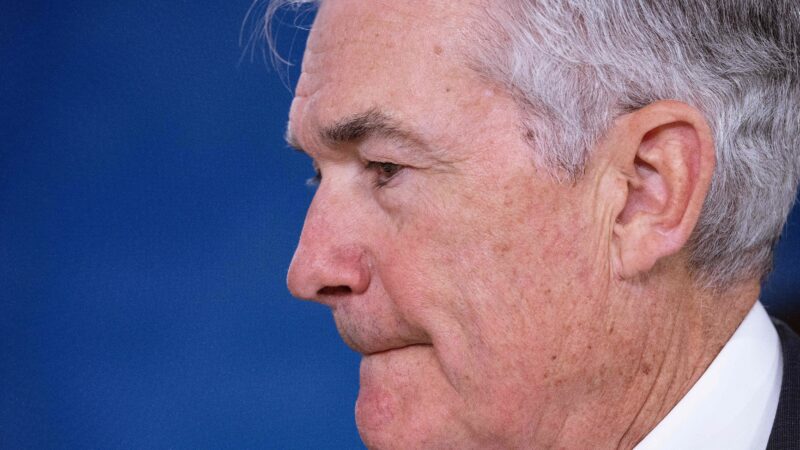 The Federal Reserve ordered another big boost in interest rates on Wednesday, and warned that rates will have to go even higher to bring stubbornly high inflation under control.

The central bank raised its benchmark interest rate by 3/4 of a percentage point. The rate, which was near zero in March, has jumped 3.75 percentage points in the last eight months. That’s the most aggressive string of rate hikes in decades, but so far it’s done little to curb inflation.

“Interest rates have risen at a whiplash-inducing speed, and we’re not done yet,” said Greg McBride, chief financial analyst at Bankrate. “It’s going to take some time for inflation to come down from these lofty levels, even once we do start to see some improvement.”

Annual inflation in September was 6.2%, according to the Fed’s preferred yardstick — unchanged from the month before. The better known consumer price index shows prices rising even faster, at an annual rate of 8.2%.

Fed chairman Jerome Powell warned that taming such severe inflation will likely require even higher interest rates than he and his colleagues had predicted just two months ago.

“What I’m trying to do is make sure our message is clear,” Powell told reporters Wednesday. “We have some ground to cover with interest rates before we get to that level that we think is sufficiently restrictive.”

At the same time, Powell said the pace of rate increases may soon slow, as policymakers take stock on the effect higher borrowing costs are having on the economy.

“That time is coming, and it may come as soon as the next meeting or the one after that,” Powell said.

Stocks initially rallied at the hint of smaller rate hikes in December or January, but soon sank at the prospect that rates will ultimately have to go higher. The Dow Jones Industrial Average fell more than 500 points or 1.55%. The broader S&P 500 index fell 2.5%.

McBride argues that in order to curb inflation, borrowing costs will likely have to remain elevated for an extended period.

Rate hikes are having an effect, even if inflation remains untamed

Higher borrowing costs have already put a big dent in the housing market. And other parts of the economy are beginning to slow. But consumers, still flush with cash saved up early in the pandemic, continue to spend money. As a result, the Fed may have to tap the brakes harder, for longer, than it otherwise would.

“We see today that there is a bit of a savings buffer still sitting for households, that may allow them to continue to spend in a way that keeps demand strong,” said Esther George, president of the Federal Reserve Bank of Kansas City. “That suggests we may have to keep at this for a while.”

Like her colleagues on the Fed’s rate-setting committee, George has expressed a determination to control inflation. But she’s also cautioned against raising rates too rapidly at a time of economic uncertainty.

“I have been in the camp of steadier and slower [rate increases], to begin to see how those effects from a lag will unfold,” George said last month. “My concern being that a succession of very super-sized rate hikes might cause you to oversteer and not be able to see those turning points.”

With polls showing inflation is a top concern among voters, the Biden administration and most members of Congress have stayed out of the Fed’s way as it tries to control prices. But a handful of Democrats have begun to challenge the central bank’s approach, warning that aggressive rates hikes could put millions of people out of work.

“We are deeply concerned that your interest rate hikes risk slowing the economy to a crawl while failing to slow rising prices that continue to harm families,” Sen. Elizabeth Warren, D-Mass., and colleagues wrote in a letter Monday to Fed chairman Jerome Powell.

The housing market has already slowed to a crawl, as mortgage rates top 7% for the first time in two decades.

Kansas City homebuilder Shawn Woods said his company has gone from selling a dozen houses a month before the Fed started raising rates to fewer than five.

“Never in my wildest dreams would I have thought we’d go from 3% [mortgage rates] to 7% within six months,” said Woods, president of Ashlar Homes and the Home Builders Association of Kansas City.

“I think we’re in for a rough six or eight months,” Woods said. “Typically, housing leads us into downturns and it leads us out of downturns. And I think from a housing perspective, we’ve probably been in a housing recession since March or April.”

Despite the fallout from rising interest rates, Powell said the central bank has a responsibility to bring inflation under control.

“No one knows whether there’s going to be a recession or not, and if so how bad that recession would be,” Powell said. “Our job is to restore price stability so that we can have a strong labor market that benefits all, over time.”

The Federal Reserve is expected to order another big jump in interest rates today.

Yeah. It’s part of the central bank’s ongoing campaign to bring down inflation. The Fed has already raised rates five times this year. Even so, prices just keep climbing.

HORSLEY: The Fed has been raising rates at an aggressive pace. Its benchmark interest rate was close to zero back in the spring. It’s now above 3%. And by the end of today, it’s expected to be close to 4%. That’s the sharpest run-up in four decades. Greg McBride, who is chief financial analyst at Bankrate, says two big questions now are how much higher rates are likely to go and how long they’re going to stay there.

GREG MCBRIDE: The cost of money is going up. Interest rates have risen at a whiplash-inducing speed. And we’re not done yet. Rates are still likely to continue to move higher at least through year-end and into the early part of 2023.

HORSLEY: And that makes it more expensive to buy a house or a car or carry a balance on your credit card.

HORSLEY: It’s a moving target. On average, Fed officials estimated back in September that the benchmark rate would top out this year close to 4.5% and then go a little bit higher next year. So far, though, inflation has barely budged. So the forecast of how high rates will have to go keep getting pushed up. However high the interest rate eventually climbs, there’s also the question of how fast it gets there. It’s possible the central bank will slow the pace of rate hikes after today, so it can better assess how that’s working in the economy. Esther George, who heads up the Kansas City Federal Reserve Bank, is among the policymakers who’s pushing that approach.

ESTHER GEORGE: I have been in the camp of steadier and slower, my concern being that a succession of very supersized rate increases might cause you to oversteer and not be able to see those turning points.

HORSLEY: The Fed chairman, Jerome Powell, is set to meet with reporters this afternoon. And markets will be listening closely for any signal that smaller rate hikes might be in store at the next few Fed meetings.

INSKEEP: I’m thinking about the difference between the tools the Fed has and things that seem to have contributed to inflation over the past couple of years, like the supply chain problems or labor shortages, a shortage of people in the workforce. But what the Fed has to respond is these interest rate hikes. How are those hikes actually working, if at all? And how are they affecting the economy?

HORSLEY: Well, you’re right. The Fed can’t do much about supply chain issues. What they can do is work on demand. And we are starting to see somewhat slower growth in consumer demand, although not as much as you might think. Keep in mind, a lot of people managed to sock away money in the early months of the pandemic. Now, those savings are a lifeline for families. They’re helping them cushion the pain of rising prices. But that cushion can also muffle the effects of the Fed’s interest rate hikes. So the central bank winds up having to push the brakes even harder. Now, the housing market has slowed pretty sharply, as mortgage rates are now above 7%. Kansas City homebuilder Shawn Woods says he’s gone from selling a dozen houses a month to just three or four.

SHAWN WOODS: I think we’re in for a rough six or eight months. Typically, housing leads us into downturns, and it leads us out of downturns. And, I think, from the housing perspective, we’ve probably been in a housing recession since March or April.

HORSLEY: Despite growing concerns about a recession, the Biden administration and most members of Congress have stayed out of the Fed’s way. They know inflation is still a top concern for voters. We are starting to see some cracks, though. This week, Massachusetts Senator Elizabeth Warren and some of her colleagues wrote a letter to Powell challenging the Fed’s approach. They’re warning that aggressive rate hikes could put millions of people out of work.

INSKEEP: Scott, thanks so much.

HORSLEY: Good to be with you, Steve.