Take a look at Leslie Jordan’s best moments of dancing, singing and storytelling 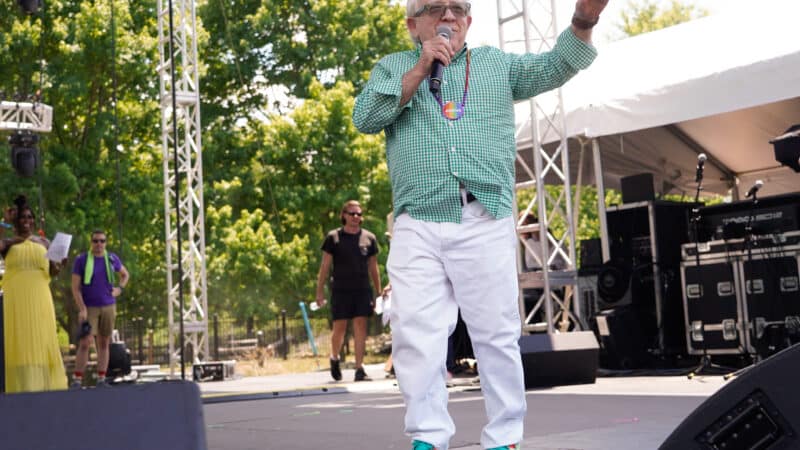 Leslie Jordan, the actor and comedian known for playing Beverly Leslie on the long-running sitcom Will & Grace, as well for roles on American Horror Story and Call Me Kat, died Monday at age 67.

While his acting career spanned more than 30 years, Jordan began reaching new audiences during the COVID-19 pandemic with his humor and Southern accent. He posted to 11 million followers between Facebook, Instagram and TikTok about how he was coping with the societal changes, and included videos of him dancing, singing and telling stories.

Thousands of people issued their condolences Monday and recounted how Jordan lifted their spirits over the past couple years.

These are some of his most heartwarming and joyous moments.

He bought his first condo at 67

He shared some of his most prominent memories

In one video, Jordan, who was a gay man, talks about how as a child, his father took him to his first football game and began explaining how it works, to which Jordan replied, “But when do the majorettes come out?”

Jordan took a liking to baton twirling and would practice his moves in the front yard, much to the chagrin of his father, who’d plead with him to take his routine inside.

“He loved me. He just didn’t know what to make of me,” Jordan said as he demonstrated his baton twirling. “But he would come home from work and I’d be in the front yard. He’d be with all of his Army buddies.”

The following line, “Daddy, watch me twirl” has become a meme staple and was even made into a song.

He gave his impressions of the latest songs

Lady Gaga and Ariana Grande released their collaboration “Rain on Me” in 2020, to which Jordan posted a video bopping his head to the record and said, “I think I read about this in the Bible, the book of Revelations. I think it means it’s the end of the world or something – makes me want to dance.”

Of Cardi B and Megan the Stallion’s collaboration “WAP,” he didn’t get far into the song due to the explicit lyrics, but admired the effort, anyway.

“I can’t believe it. That is just shocking,” he said. “Well I don’t judge, to each his own. I guess every garbage can has its lid.”

He showed off some of his hobbies

Jordan shared with his followers that he is prescribed Ambien to help him sleep, but if that doesn’t work, he takes to journaling.

He opens his notebook to display his handwriting and the various stickers he uses to decorate the pages, which include cats, rabbits and flowers.

“I think I fell out of the womb and landed in my mother’s high heels,” he said. “I just like things pretty. I think that’s why homosexuals were put on this earth, just to make things pretty.”

There are also various videos on Instagram of Jordan, a Chattanooga, Tenn., native, performing country songs with the likes of Danny Myrick, Travis Howard and Brothers Osborne. He debuted his first album, “Company’s Comin’,” which is gospel, in 2021.