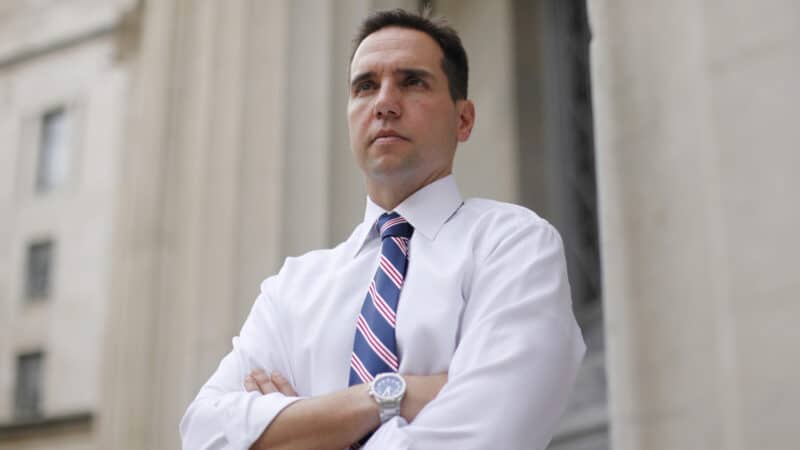 “Based on recent developments, including the former president’s announcement that he is a candidate for president in the next election, and the sitting president’s stated intention to be a candidate as well, I have concluded that it is in the public interest to appoint a special counsel,” Garland said at a news conference.

“Such an appointment underscores the department’s commitment to both independence and accountability in particularly sensitive matters. It also allows prosecutors and agents to continue their work expeditiously, and to make decisions indisputably guided only by the facts and the law.”

Garland’s decision comes three days after Trump announced that he will run again for the White House, and after Republicans claimed a majority in the House in the next Congress.

“I strongly believe that the normal processes of this Department can handle all investigations with integrity. And I also believe that appointing a Special Counsel at this time is the right thing to do,” Garland said. “The extraordinary circumstances presented here demand it. Mr. Smith is the right choice to complete these matters in an even-handed and urgent manner.”

Smith’s career as a prosecutor

Smith has most recently served as the chief prosecutor for the special court in The Hague charged with investigating and adjudicating war crimes in Kosovo.

“I intend to conduct the assigned investigations, and any prosecutions that may result from them, independently and in the best traditions of the Department of Justice,” Smith said in a statement released after he was publicly named.

“The pace of the investigations will not pause or flag under my watch. I will exercise independent judgement and will move the investigations forward expeditiously and thoroughly to whatever outcome the facts and the law dictate.”

Trump addressed the special counsel appointment during a Friday evening event at his Mar-a-Lago resort in Florida. He called the investigation a “hoax” and a “witch hunt,” harkening back to language he used during previous investigations including his two impeachment proceedings.

He also ticked through various topics of the day including naming figures within the Biden Administration without announcing any specific action or planned response he has to the special counsel.

During Trump’s own presidency, special counsel Robert Mueller investigated possible ties between the Trump campaign and Russia during the 2016 presidential race.

Mueller did not find evidence that Trump’s campaign conspired with Russia, and Trump himself was not charged. But Mueller did bring indictments against more than 30 people and three companies.

Durham has lost the only two cases he brought to trial. He did secure a guilty plea from a low-level FBI attorney who admitted to altering an email used to get surveillance warrants against a former Trump campaign adviser.