Same-sex marriage bill advances in the Senate with bipartisan support 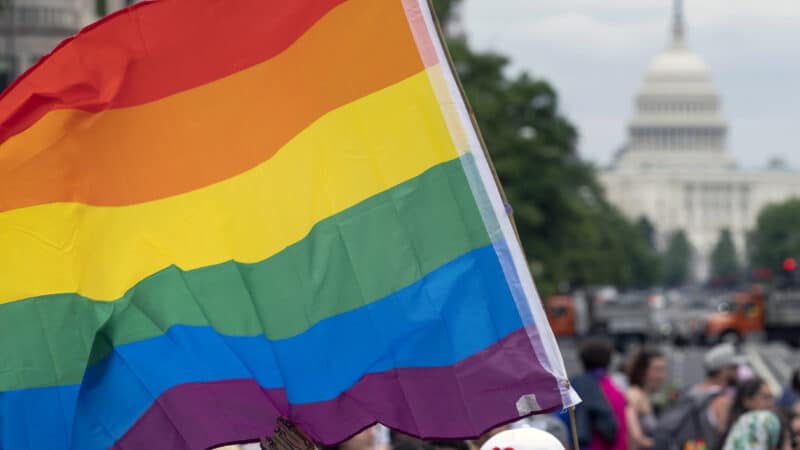 The Senate has voted to advance a bill that would protect same-sex and interracial marriages under federal law, setting the legislation on a path to final passage.

The Respect for Marriage Act would not force states to issue same-sex marriage licenses, but does require them to recognize same-sex marriages performed elsewhere. It also recognizes these marriages under federal law for the consideration of benefits like Medicare and Social Security. All 50 Democrats and 12 Republicans voted to advance the bill, clearing a 60-vote threshold.

The push to codify marriage rights comes in the wake of this summer’s Supreme Court opinion that reversed Roe v. Wade and potentially called other decisions into question. In his concurring opinion, Justice Clarence Thomas noted that the landmark 2015 case that legalized same-sex marriage, Obergefell v. Hodges, rests on the same legal principles that underscored Roe. No case challenging the right to marry has yet made it to the Supreme Court, but advocates feared Thomas was setting the stage for Obergefell’s reversal.

“The Supreme Court should not be in a position to undermine the stability of families with a stroke of a pen,” Sen. Tammy Baldwin, D-Wis. said on the Senate floor. Baldwin, the first openly gay member of the Senate, was a sponsor of the bill.

“This will give millions of loving couples the certainty, the dignity, and the respect that they need and that they deserve.”

The House passed a version of this legislation over the summer. Senate Democrats held off on bringing the bill to the floor until after the midterm elections, in hopes of securing the needed Republican support.

“The vote today is vindication that it was worth the wait,” Senate Majority Leader Chuck Schumer told reporters.

On Monday, a bipartisan group of Senators introduced an amendment including language protecting religious freedoms.

“As we went through this bill, we listened to the very sincere concerns of Americans with strongly held religious beliefs who simply wanted to make sure that Congress protects their First Amendment rights,” said Sen. Thom Thills, R-N.C., another co-sponsor of the bill. “By casting politics aside and working hard behind the scenes over the past several months, we managed to strike a balance with this legislation.”

A final vote could come as early as this week. If approved by the Senate, it would then go back to the House to pass as amended before heading to the president’s desk.