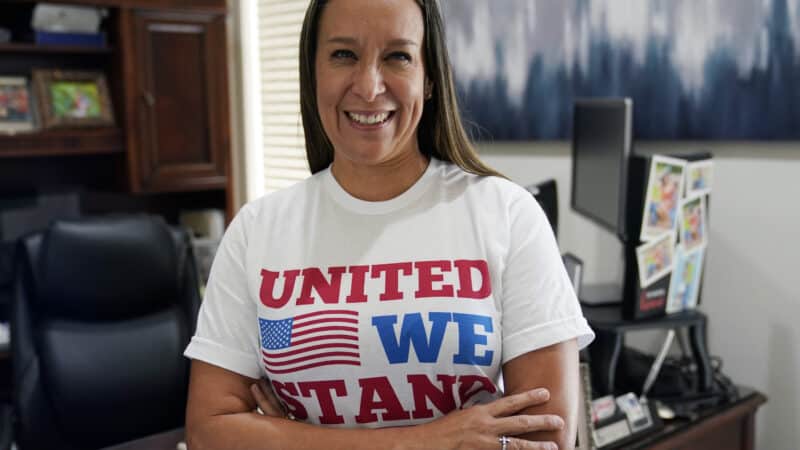 Though more competitive than any previous election cycle, the Rio Grande Valley’s midterm races re-elected many of its Democratic representatives.

Republican candidates across the Rio Grande Valley in Texas perpetuated a nationwide narrative that a “red wave” of GOP support would turn out to the polls on November 8. Blaming rising inflation and increasing migrant crossings on President Joe Biden’s policies, their stances were shown in a flurry of attack ads across local news networks.

But it seems that is all it was: a narrative, after the GOP managed to flip only one state house seat and one congressional district. Even in the state’s biggest race, Republican Governor Greg Abbott did not carry any of the Rio Grande Valley’s four counties.

Mayra Flores, Cassy Garcia and Monica De La Cruz became the face of the region’s Republican hopes, dubbing themselves the “triple threat.” All campaigned as anti-abortion, border-wall-supporting candidates against the Democratic Party establishment, describing their opponents as corrupt or too radical for South Texas.

Of the three candidates, only De La Cruz, an insurance agent based in Alamo, was elected. She won in Texas’ 15th congressional district and is the first Republican to be elected to the seat. De La Cruz benefitted from a redrawn district that favored Republicans and would have been carried former President Donald Trump by 2.8 percentage points. Previously, the district favored President Joe Biden by 1.9 percentage points.

Of the three, Flores was the only office holder. She was elected during a special election after then-incumbent Filemon Vela left the seat to work with a Washington, D.C., lobbying firm. Flores’ election against moderate, pro-life Democrat Dan Sanchez signaled to the GOP a possible turning of the electorate in the RGV, after it had already invested heavily into De La Cruz’s race at the beginning of the year.

But the margin of Flores’ win in June was small, securing only 50.9% of the vote.

So, too, are the margins of GOP voting increases in the Rio Grande Valley during this midterm, compared to the 2020 election. According to the Secretary of State’s voter data, the region saw only small increases, and even decreases, in GOP voter turnout compared to 2020.

Like Abbott, none of the Republican candidates carried a Rio Grande Valley county in their races.

The GOP’s heavy investment in the area, though, was not without some gains in the traditionally Democratic districts. Though turnout may have been limited from 2020 to present, compared to the 2018 midterms, all four Rio Grande Valley counties saw GOP voter turnout increase between 10 and 18 percentage points.

Republicans did have some victories down the ballot, though not in many of the high profile congressional races. Some of those wins came in districts that previously favored Democrats which have been redrawn to lean towards Republicans. As reported by the McAllen Monitor, those redistricting efforts were paramount to the GOP’s successes in the Rio Grande Valley.

Graham says the “red wave” narrative–a term she says she’s never been a fan of–was helpful for the national and state GOP to fundraise from. But hardly any of that investment made it to local races.

She continued, “we did not see that (investment) going down at all into those local offices. On top of that, because the focus is at the top of the ticket, it always hurts your down ballot.”

Democrats push back against notion of growing GOP power

When it came to local races in the Rio Grande Valley, most of the Democratic incumbents were reelected. Regardless, the GOP’s gains in the RGV concerned the state’s Democratic party.

In an internal memo acquired by the Texas Tribune, the Texas Democratic Party blamed GOP dark money, gerrymandering, voting restrictions from Senate Bill 1 and lack of support from national Democratic organizations for the party not “making even larger gains” during the election.

“Not only did their insidious cracking-and-packing strategy simply make several seats more Republican-leaning, it also intentionally made ‘safe Democratic’ districts–ones Republicans knew they could afford to lose–even bluer,” Texas Democratic Party executive director Jamarr Brown said in the memo. “These less competitive races means less money invested and less overall Democratic campaigning–which, as we saw, results in lower awareness and lower turnout across the board.”

But the GOP’s gains in the area are not entirely unexpected. The Republican Party’s investment in the area, in the form of heavy campaign contributions, opening a “Hispanic Community Center,” and grassroots organizing have directly engaged a base that has felt ignored by the Democratic Party.

“Those Democratic leaders that have been in power in the Valley for a long time, they haven’t traditionally worked very hard to expand the electorate,” Cecilia Ballí, cultural anthropologist and journalist, told NPR. “So I don’t think it’s only the national Democratic party that has been taking Latinos for granted: I think that the local Democratic establishment has done the same. And so you have some disaffected voters who are willing to try something different.”

Flores capitalized on this feeling in her campaign, saying the Democratic Party had abandoned South Texas.

After the election, Texas Democratic Party Chairman Gilberto Hinojosa saw the GOP’s gains in the Rio Grande Valley as a “fluke,” calling De La Cruz’s election as a sign of the GOP gaining ground “complete bullshit.”

“There was no red wave in South Texas,” Hinojosa said in a statement. “Republicans in Austin and D.C. should understand that if–even in a year where Republicans were supposed to win across the country in a landslide, they could barely eke out this one win here–they should probably pack up their bags and get the hell out of our region.”

Hinojosa’s confidence comes from Democrats managing to hold onto most of the Rio Grande Valley seats up for election. Still, in the heavily Latino Rio Grande Valley, Democrats saw narrow wins – and narrow losses – that some say should give them pause.

“The thing that we’re not going back to is this notion that the Democratic party automatically has Latino voter support because they are ethnically ‘other,’ and because they are working class,” Ballí said.

Local GOP Chair Morgan Cisneros Graham says the party is now looking towards the 2024 primary elections, focusing on local, judicial and school board elections in the Rio Grande Valley. Claiming the metric for what constitutes a “red wave” in Texas politics was never defined, she says the GOP’s gains were a positive for the party.

“If somebody’s more oriented towards foundational races, which I tend to be, then the impression would be that there was no red wave in the RGV,” Graham said. “But if you’re somebody who looks more at the impactful, more legislative-type offices, some would argue, well, it was more of a purple wave and there was progress.”