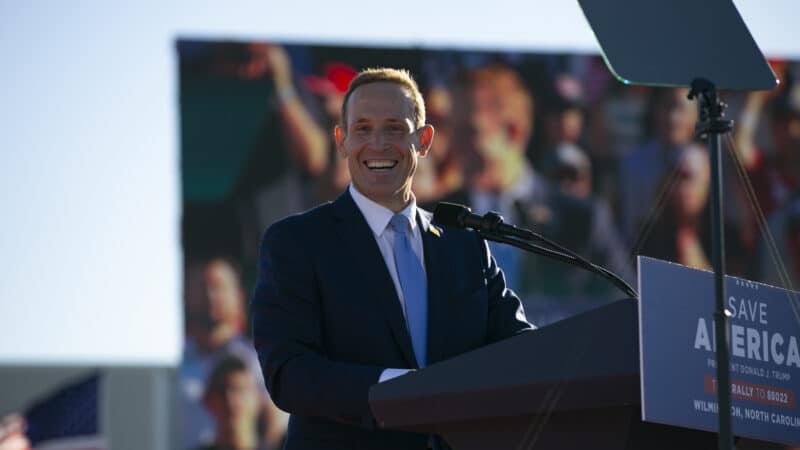 Budd was a relatively unknown congressman before former President Donald Trump weighed in on the race, backing Budd last June over former Gov. Pat McCrory in the primary. The endorsement was somewhat surprising, but it helped boost Budd ahead of other primary candidates – especially as his fundraising massively trailed behind.

Budd’s own fundraising fell far short of Beasley’s throughout the race. Open Secrets, which tracks money in politics, reported that Beasley raked in $33,876,572 by October 19, compared to Budd’s $12,483,874. But millions of dollars from outside groups, including the PAC aligned with Senate Minority Leader Mitch McConnell, helped Budd to the finish line, airing TV ads that framed Beasley in line with President Biden.

Despite Democrats hoping abortion rights would motivate their voters, inflation, the economy and crime were more top of mind in the state.

Sen.-elect Budd has downplayed the Jan. 6 insurrection, and once called those who stormed the Capitol “patriots.” He also has refused to answer whether he believes President Biden won the 2020 election.

Budd will join fellow North Carolina Republican Sen. Thom Tillis in the upper chamber in January. Tillis’ reelection race in 2020 against Democrat Cal Cunningham was the most expensive race in history, excluding the runoffs for the Georgia Senate races.