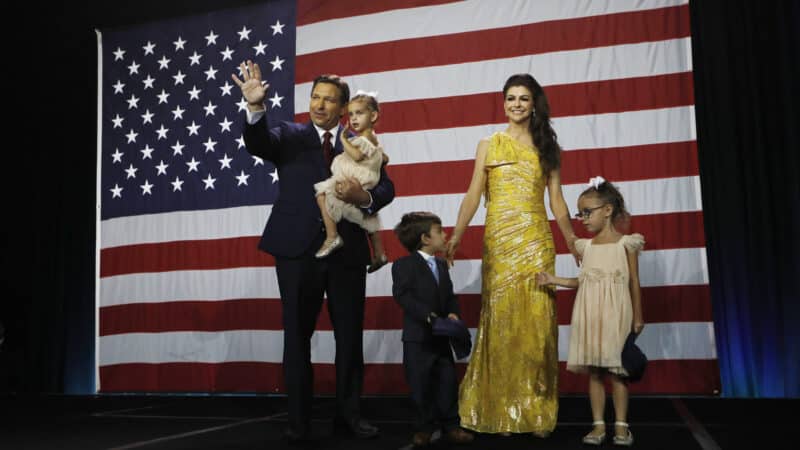 MIAMI — Florida voters have given Republican Ron DeSantis a second term as the state’s governor, according to a race call by The Associated Press. DeSantis overcame a challenge from Charlie Crist, a former Democratic Congressman who, as a Republican, served as Florida Governor more than a decade ago.

The victory gives DeSantis a second term and a national platform as he eyes a potential run for the 2024 Republican Presidential nomination. He was first elected governor after receiving an endorsement from then-President Donald Trump.

He also signed into law measures that restrict how public schools teach students about race, sexual orientation and gender identity. Those measures have put him at odds with local school districts and with federal education policy. They also raised his profile as a potential presidential candidate, making him a frequent guest on Fox News.

DeSantis has been a vocal critic of the Biden administration on immigration, accusing it of not doing enough to stem the flow of migrants over the southern border. In September, his administration organized flights that delivered nearly 50 migrants to Martha’s Vineyard in Massachusetts. Democrats and immigrant rights groups decried the flights as political stunts that used people as pawns. But the move won acclaim among conservative Republicans.

In the weeks leading up to the race, DeSantis dropped the political attacks as Hurricane Ian devastated Southwest Florida. That put him at the top of the news throughout the state for weeks as he directed the response and aid for struggling communities.

DeSantis’ win is another sign that Florida, long considered a swing state, now is firmly under Republican control. It’s been 28 years since a Democrat has been elected governor in Florida.