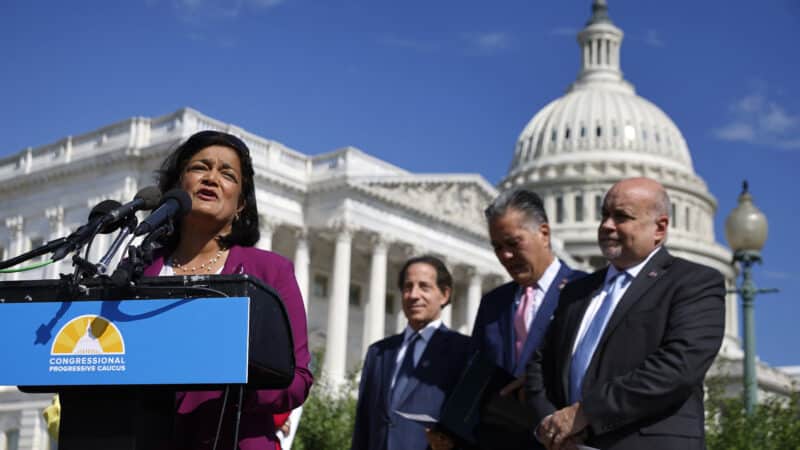 A day after House progressives sent a letter to President Biden urging him to change his approach to Russia’s invasion of Ukraine, the group abruptly changed course amid intense pushback from Democratic lawmakers.

“The Congressional Progressive Caucus hereby withdraws its recent letter to the White House regarding Ukraine,” said Rep. Pramila Jayapal, chair of the caucus, in a statement Tuesday.

The about-face comes after frustrated Democratic lawmakers took to social media to offer their explanation of the letter, originally drafted and signed by 30 members this summer, was not recirculated ahead of its public release on Monday.

Rep. Sara Jacobs, D-Calif., tweeted that she signed the letter in late June, but “wouldn’t sign it today.”

“Timing in diplomacy is everything. I signed this letter on June 30, but a lot has changed since then. I wouldn’t sign it today,” Jacobs wrote. “We have to continue supporting Ukraine economically and militarily to give them the leverage they need to end this war.”

Rep. Mark Pocan, D-Wis., a former leader of the progressive caucus, tweeted he had “no idea” why the letter was released.

Rep. Mark Takano, D-Calif., another signatory who also chairs the Veterans’ Affairs Committee, said in a statement that “only Ukrainians have a right to determine the terms by which this war ends.”

In her reversal Tuesday, Jayapal took responsibility for the letter’s release, noting it was “drafted several months ago” and “unfortunately was released by staff without vetting.”

Jayapal added that the message of House progressives is “being conflated” with House Minority Leader Kevin McCarthy’s recent comments suggesting that Republicans could pull back funding for Ukraine if they take back the House in November.

“The proximity of these statements created the unfortunate appearance that Democrats, who have strongly and unanimously supported and voted for every package of military, strategic, and economic assistance to the Ukrainian people, are somehow aligned with Republicans who seek to pull the plug on American support for President Zelensky and the Ukrainian forces,” Jayapal wrote, underscoring: “Nothing could be further from the truth.”

In the letter, House progressives urged Biden to push toward directly engaging diplomatically with Russia, calling on the president to “pair the military and economic support the United States has provided to Ukraine with a proactive diplomatic push, redoubling efforts to seek a realistic framework for a ceasefire.”