Only 4 countries side with Russia as U.N. rejects annexations in Ukraine 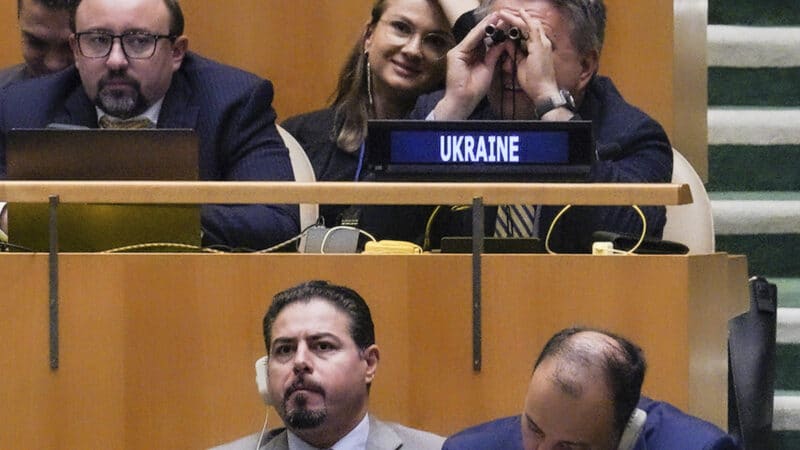 “The world had its say,” Ukrainian President Volodymyr Zelenskyy said as he expressed his gratitude — a message he issued in seven languages. He called Russia’s push for annexation “worthless,” saying free nations will never recognize it.

There were 35 abstentions, but 143 countries voted in favor of Ukraine’s resolution, which cited not only the need to protect the sovereignty of a country that has now withstood a Russian invasion for more than seven months, but also to defend the U.N. charter itself.

Only Belarus and Nicaragua joined Syria and North Korea to go on the record opposing a resolution that calls on countries to not recognize Russia’s claim on the Ukrainian regions.

Other countries abstaining included India, which has relied on Russia for a large share of its oil needs, and many nations in Africa, where grain from Russia and Ukraine is a key commodity.

Russia’s representative had attempted to require a secret ballot on the Ukrainian resolution, but the idea was rejected. That set up a tally of countries that reject Russia’s claims that the annexation is legitimate, driven by purported referendum votes in Donetsk, Kherson, Luhansk and Zaporizhzhia — areas under military occupation.

“The Charter is clear,” Guterres said when Russia moved to annex the areas. “Any annexation of a State’s territory by another State resulting from the threat or use of force is a violation of the Principles of the UN Charter and international law.”

The resolution was taken up by the General Assembly after Russia vetoed the measure in the U.N. Security Council.

The vote came as the war in Ukraine reached new heights and took deadly new tolls on civilians. Russian missiles have been targeting Kyiv and other Ukrainian cities this week, after Russia’s bridge to Crimea was bombed on Saturday.