Nevada voters back big changes to their election system 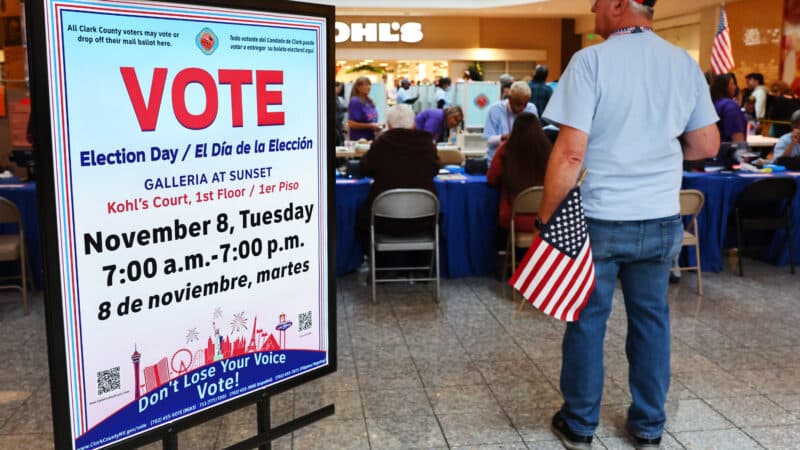 Nevada voters have approved a ballot measure that makes sweeping changes to the election system in their state, according to a race call by the Associated Press.

The measure, which was passing by 52.8% as of Sunday morning, establishes open primary elections in which the top five candidates advance and then a ranked-choice voting system for general elections.

The system would operate for state and federal elections, but would not include the race for U.S. president.

Until now, Nevada has used closed primaries, which means people can only vote for candidates with the same political affiliation as on their registration. Voters can also only cast a ballot for one candidate per race.

The open primary system would let voters cast a ballot for candidates regardless of party affiliation. Then, under the ranked-choice system, they would rank their choices from 1-5. If a candidate takes more than 50% of the vote, they’re declared the winner.

If no one wins a majority of the vote, then the candidate with the fewest number of first-place votes is dropped, and that candidate’s voters’ second choices gets redistributed as votes for the other candidates. This reallocation process continues until someone reaches 50% plus one. (Read KUNR’s roundup of the process.)

Nothing will change right away. Nevada voters will need to approve the measure again in 2024 for it to take effect in 2026, since the measure amends the state constitution, according to the Las Vegas Review-Journal.

Supporters of the measure said it would empower nonpartisan voters who couldn’t vote in closed primary elections, according to KUNR, while opponents called the measure confusing and said it could undermine democracy.

Two other states, Alaska and Maine, also use ranked-choice voting.