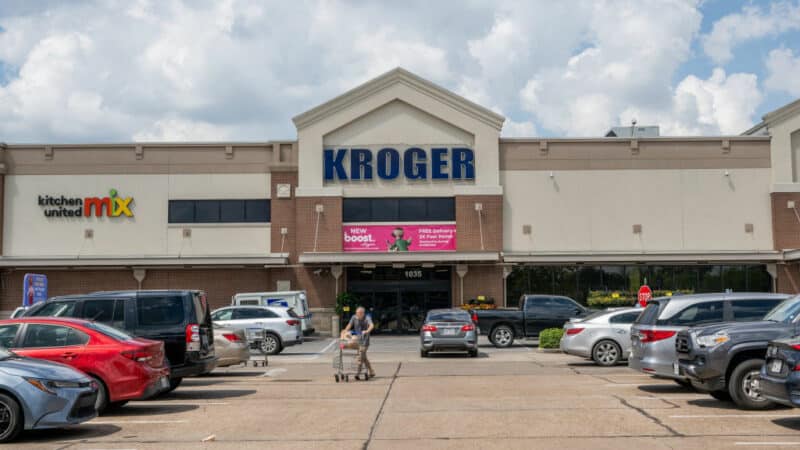 Kroger plans to buy Albertsons in a deal valued at $24.6 billion, a merger that would merge the two largest grocery-store chains in the U.S., the companies said on Friday.

The deal is likely to draw intense scrutiny from federal regulators and critics as it would form a new supermarket colossus at a time of soaring food costs. Grocery prices jumped 13% in September compared to a year ago.

The two overlap in many markets and their tie-up would involve spinning off up to 375 stores into a separate company. In the Friday announcement, Kroger said it would “reinvest approximately half a billion dollars of cost savings from synergies to reduce prices for customers” and invest $1 billion to raise wages and benefits for workers.

For both companies, Walmart is a key competitor, as the retail giant is a top seller of groceries in the U.S., along with Amazon and smaller stores. Albertsons merged with rival Safeway in 2015, then unsuccessfully tried to merge with pharmacy chain Rite Aid in 2018 and eventually went public in 2020.

Antitrust regulators in the Biden administrations have pushed back against megadeals, citing outsize impact on competition and consumer prices.