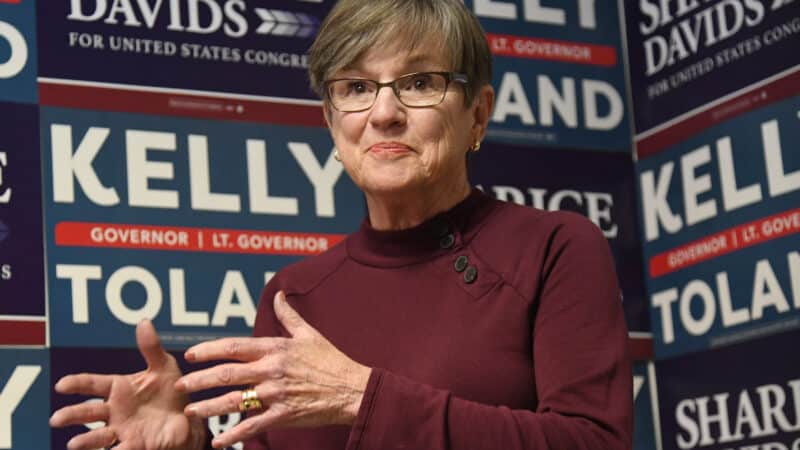 A Democrat will continue to lead deep-red Kansas as Gov. Laura Kelly won reelection, according to a race call by the Associated Press, keeping the state on a politically moderate trajectory despite its conservative leanings.

Kelly’s victory means Democrats can block some of the more conservative bills passed by the Republican-dominated Legislature — particularly efforts to further restrict abortion. The state’s voters rejected a constitutional amendment in August that would have made a ban possible, but conservative lawmakers still could have tested just how far the state’s courts would allow regulations to make abortions more difficult to obtain in the state.

Kelly argued she led the state out of a budget crisis that followed the tax cuts and government service rollbacks pushed through by her Republican predecessors, Sam Brownback and Jeff Colyer.

She presented herself as a middle-of-the-road moderate and a business-friendly leader who lured Panasonic’s $4 billion electric vehicle battery plant to the state.

But Schmidt blamed her for inflation and painted her as a liberal in step with President Joe Biden. He argued Kelly should have done more to make life for Kansans more affordable, like cutting more taxes.

He also promised to sign conservative bills passed by the Legislature that Kelly vetoed, including a ban on transgender girls from girls’ sports.