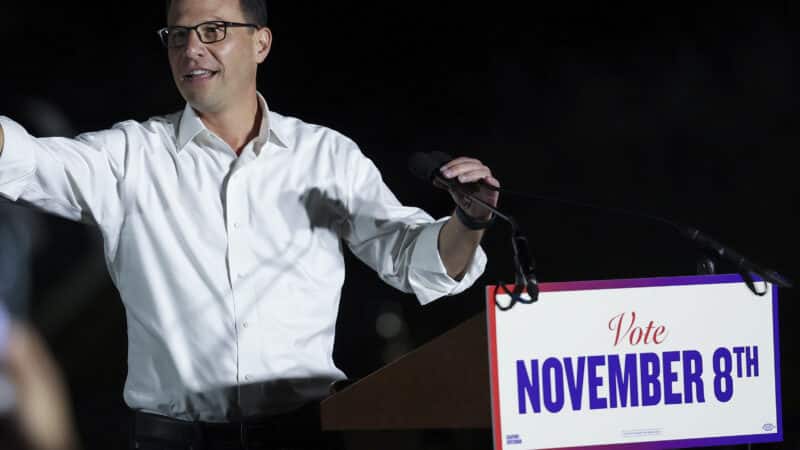 Shapiro, like many Democrats this cycle, campaigned on protecting the right to an abortion. Both chambers of the Pennsylvania legislature have GOP majorities, although that could change this cycle. In 2017, sitting Democratic governor Tom Wolf vetoed a bill to ban abortions at 20 weeks.

Shapiro also promoted his record on crime during his time as the commonwealth’s top law enforcement officer. He received endorsements from Philadelphia’s police union and Republicans turned off by Mastriano’s support of overthrowing the 2020 election.

By standard measure, Shapiro cruised through much of the election, buoyed by a record-breaking amount of cash. He ran unopposed in the Democratic primary, and enjoyed a significant fundraising edge throughout the race, spending more than $59 million as of October 24. He used those deep coffers to fill the airwaves and launched his first ad targeting Mastriano during the primary. This was viewed as a Democratic strategy to boost opponents viewed as more extreme, in the hopes they would be easier to beat.

Shapiro’s win also demonstrates the limits of Republicans aligned with former President Donal Trump. Despite an endorsement from the former president, Mastriano pulled in fewer than $6 million dollars for his campaign. The Central Pennsylvania state senator eschewed traditional media and appealed directly to his supporters at town halls and over social media.

Mastriano’s unconventional team also included multiple advisors who identify as “prophets.” His campaign received endorsements from a rabbi who spread Q-Anon conspiracies as well as the founder of AuditTheVote PA, a group spreading false claims about election security.

Mastriano, who took a busload of people to Washington, D.C. on Jan. 6th, 2021, has been subpoenaed by the House committee investigating the attack on the Capitol.